Mia Khalifa Said Pro Wrestling is ‘Embarrassing,’ and Hurricane Helms Pounded Her With a Brutal Clap Back

The ex-porn star doesn’t think much of Ronda Rousey moving to the WWE. 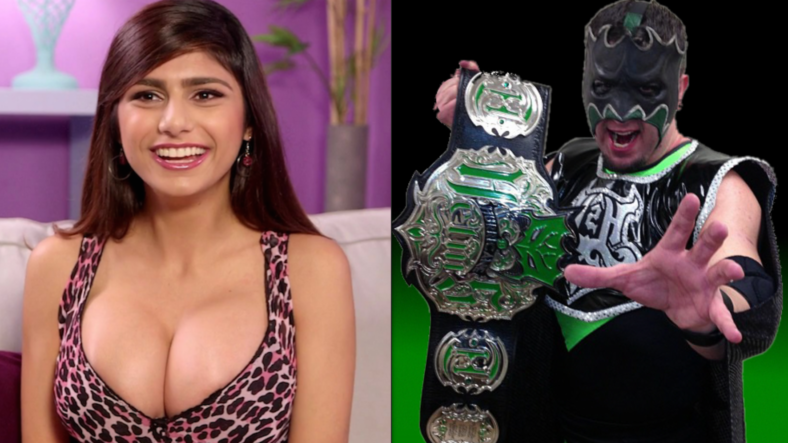 Mia Khalifa has caused a stir in the world of sports yet again with her no-holds-barred attack on professional wrestling.

The one-time adult film star didn’t hold back when discussing former UFC bantamweight champ Ronda Rousey’s imminent transfer to the WWE on Complex’s Out of Bounds.

“This is where her career will go to die,” she said. “I have no respect for the WWE, it’s not a real sport. It’s embarrassing.”

Co-host Gilbert Arenas pointed out that Rousey’s transition is probably a calculated career move. It’s likely meant to keep her from being savaged in the Octagon any further after being knocked out by Amanda Nunes in December of last year.

“That’s embarrassing, though,” she said, “to go from real fights to wearing a sequin unitard to pretending to fight.”

Her comments opened the DC sports girl up to a world of criticism, most notably from former WWE star Hurricane Helms.

Who knew The Hurricane’s real superpower was the epic clap back?

Savage😂😂😂😂 Stand back, a Hurricane just came through 👀

*#JR voice* in response to this brutal clap back….Good god look at the carnage! The pure savagery!