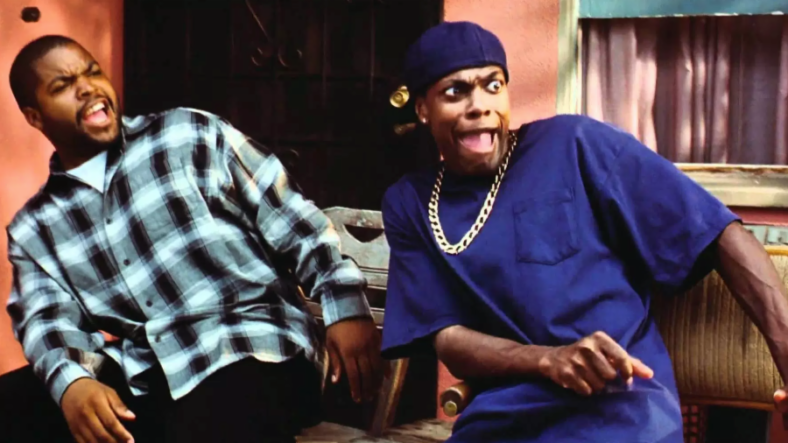 Everyone looks forward to Friday, but Ice Cube is bringing that feeling to a whole new level.

The gangster rapper-turned actor, screenwriter and producer recently tweeted that he’s finishing the script to the fourth installment of his epic stoner series Friday, which so far has included the 1995 original, 2000’s Next Friday and 2002’s Friday After Next.

The final installment, appropriately named Last Friday, has been in the works for some time. Complex reports:

Back in 2016, Cube said there was “a meeting” about the film but it wouldn’t happen “unless we can do it right.” Then, a month ago Mike Epps, who joined the cast as Craig’s cousin, Day-Day in Next Friday, shared some photos from the set.

In the photo, Ice Cube is seen sitting around the famous kitchen table from Friday with Mike Epps and John Witherspoon, who played Craig’s dad in the films.

Epps also shared a clip of him and Cube on set.

As for whether or not the now-reclusive Chris Tucker—who played the scene-stealing Smokey in the original—will return, your guess is as good as ours.