‘Trigger Mortis’ author Anthony Horowitz should hire a spy to get a clue. 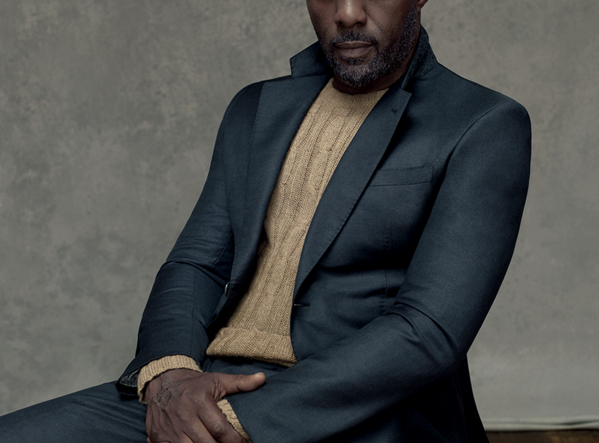 Anthony Horowitz, author of the newest James Bond novel Trigger Mortis, could use some schooling on suave.

In an interview with the Daily Mail,Horowitz said that Idris Elba, the very first Maxim Man and a fan favorite to replace Daniel Craig as the silver-screen Bond, was “too street” to play the iconic 007.

“For me, Idris Elba is a bit too rough to play the part. It’s not a colour issue,” Horowitz told the Daily Mail. “I think he is probably a bit too ‘street’ for Bond. Is it a question of being suave? Yeah.”

Horowitz’s comments about Elba – and his evisceration of the recent Bond films (“Skyfall is my least favorite … it is the one Bond film I have never liked”) have turned the internet against him. Because, really; even an international espionage mission could not locate a man with more suave than Idris Elba.

Elba has not responded to Horowitz’s comment, perhaps because, as he told Maxim recently, he’s all but given up on the idea of bringing Ian Fleming’s creation to the big screen. But it certainly isn’t “a question of being suave.” This is an unquestionably suave man. See for yourself!

Tuesday’s kerfuffle is just the latest bout in the ongoing battle for the soul of James Bond. Horowitz grew to YA literary fame with his Alex Rider teenage spy novel series. Last October, the Ian Fleming estate tapped the British author to write the next James Bond novel, based on an unpublished treatment Fleming wrote. “How could I possibly refuse?” Horowitz told BBC at the time.

New Bond novel Trigger Mortis welcomes back a longtime favorite Bond character Pussy Galore, who likely would not have been given that name had she been created today. Eyebrow-raising moniker aside, Horowitz told the Daily Mail he wanted the ladykilling 007 to get a comeuppance in the latest adventure, and that strong female characters should give it to him.

“The policy was not to fight any of it, not to try and change him and not to make excuses for him but to find a way to chide him,” Horowitz said. “So one of the women in the book abandons him, and worse still – spoiler alert – walks out with another woman.”

That woman is the brand new Bond girl Jeopardy Lane, who Horowitz says “is at least as effective a spy as James Bond and probably more so. Without her, he would be killed. He has to acknowledge that she is unstoppable and doesn’t make mistakes, while he does.”

Craig also spoke recently of the need for Bond to evolve with changing cultural standards. “Hopefully, my Bond is not as sexist and misogynistic as [earlier incarnations],” Craig toldEsquire. “The world has changed. I am certainly not that person. But he is.”

“[Bond is] f-cking lonely,” Craig continued. “There’s a great sadness. He’s f-cking these beautiful women but then they leave and it’s… sad. And as a man gets older it’s not a good look. It might be a nice fantasy – that’s debatable – but the reality, after a couple of months…”

So far, Horowitz – who is also a screenwriter – is not attached to write any upcoming Bond films (though one of his first projects was a spec James Bond screenplay that never saw the light of day.) And as the Daily Mail pointed out, while the Fleming estate of course own the rights to the Bond stories, the estate is not directly involved with the film production.

So while Horowitz’s comments about Elba may not have gotten him into hot water with his employer, the rest of us continue to be mind-boggled by his inability to see that Elba is dripping with suave.