Get ready to cringe. 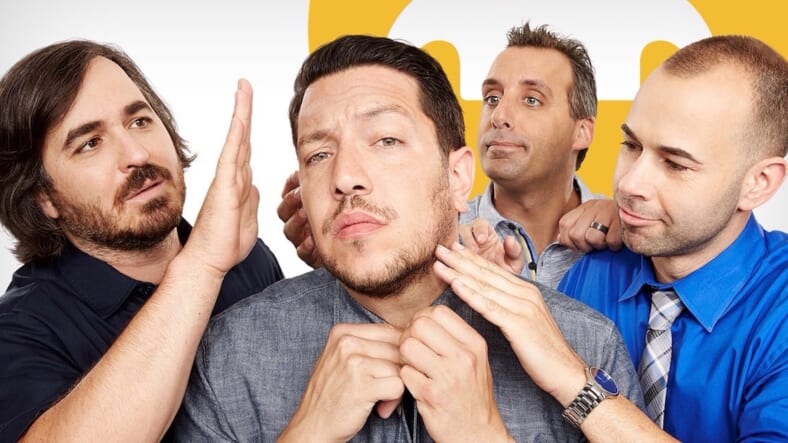 The popular prank show Impractical Jokers—kinda like Jackass but you can watch it with your parents—will be made into a full-length movie.

The movie will be produced by Funny or Die. It begins filming this spring and should hit theaters sometime in 2019.

The Tenderloins, the comedy troupe that makes up the cast of the show, have a full plate this year. TruTV renewed the show for season eight and 26 episodes that will air through 2019.

The troupe is made up of Joe Gatto, Sal Vulcano, Brian “Q” Quinn and James “Murr” Murray. Together, they dare each other to perform innocuous pranks filmed by hidden camera.

“We’re as surprised as anyone that four dudes from Staten Island have been allowed to make a TV show for as long as we have, so the idea of making this movie is absolutely mind-blowing,” the guys said in a statement.

Below, a look at some of their best “impractical jokes”: