You’ve Got To See These Classic Supermodel Polaroids 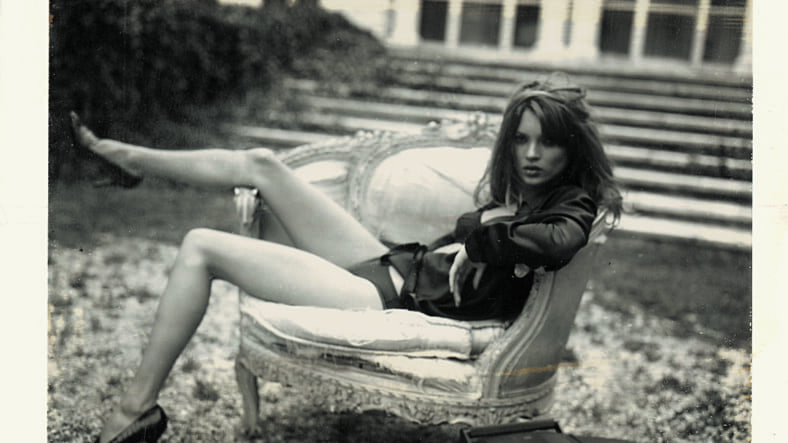 Photographer Sante D’Orazio is a rare breed, a first-generation Italian-American from pre-gentrified Brooklyn. Although he was as American as any kid of his generation, the aura of Europe still clung to him.

His mom was an opera singer at La Scala, his dad a champion cyclist. While his friends thought about making money, Sante thought about art, which he studied at Brooklyn College, the Brooklyn Museum and as the assistant of painter Philip Pearlstein.

One day he met a neighbor named Lou Bernstein, an art photographer in the manner of Edward Steichen whose work hangs in many museums including MoMA. Bernstein gave D’Orazio a Pentax and taught him photography by teaching him to see, and how to be in the moment.

His great eye and his fluent Italian took him to Italy, where his New York chutzpah got him a shot with Italian Vogue, and those two double pages earned him work with all the European Vogues.

He was literally an overnight success at the dawn of the era of the supermodel, and his photos were gems in the portfolios of Christy, Naomi, Linda, Claudia and Kate. The great beauties all loved Sante, not just because he was handsome and hip but because he was an artist and a gentleman and a master photographer.

Mastery is in these Polaroids. Where other photographers might shoot like machine gunners hoping for luck, D’Orazio found magic one shot at a time with his Polaroids.

Portrait photography is about the singular moment, finding a space in time where the personality can emerge. Sante D’Orazio: Polaroids, published by Chronicle Books, collects shots taken as casual warm-ups, as a test of the light. Inherently noncommercial, one-of-a-kind moments, there’s something about their spirit that is particularly poignant—as if the shot itself knows that it is a loner, an original.—Glenn O’Brien