Grab your hat and whip. 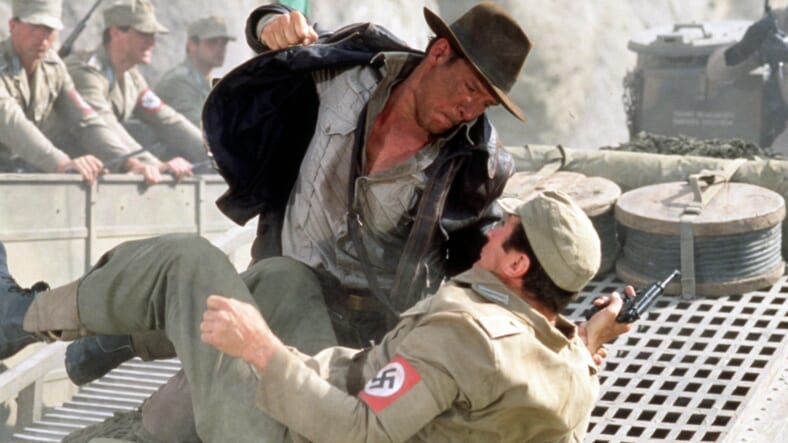 “It’s always worth the trip when I get to work with this deep bench of talent coming out of the UK. The actors, and the crew, the chippies, the sparks, the drivers — everybody who has helped me make my movies here, and will continue helping me make my movies here when I come back in April 2019 to make the fifth Indiana Jones movie right here.”

The Internet previously reported that there is now an official release date of July 19, 2019 for Indiana Jones 5—eleven years after the super disappointing Indiana Jones and the Crystal Skull.

The thing is, Disney actually made the announcement back in March 2016:

Indiana Jones will return to the big screen on July 19, 2019, for a fifth epic adventure in the blockbuster series. Steven Spielberg, who directed all four previous films, will helm the as-yet-untitled project with star Harrison Ford reprising his iconic role. Franchise veterans Kathleen Kennedy and Frank Marshall will produce.

“Indiana Jones is one of the greatest heroes in cinematic history, and we can’t wait to bring him back to the screen in 2019,” said Alan Horn, Chairman, The Walt Disney Studios. “It’s rare to have such a perfect combination of director, producers, actor and role, and we couldn’t be more excited to embark on this adventure with Harrison and Steven.”

As diehard fans of the original trilogy, we can’t help but be excited by the (not-breaking) news despite how terrible Crystal Skull was. Let’s hope they take a page from the new Star Wars flicks and bring back some of that old movie magic… and keep living punchline Shia LaBeouf (who played Indy’s long-lost son in Crystal Skull) far, far away from the franchise.

Now, please enjoy this classic Raiders of the Lost Ark scene above—and remember, not all news you read is new news!