This would make an incredible movie. 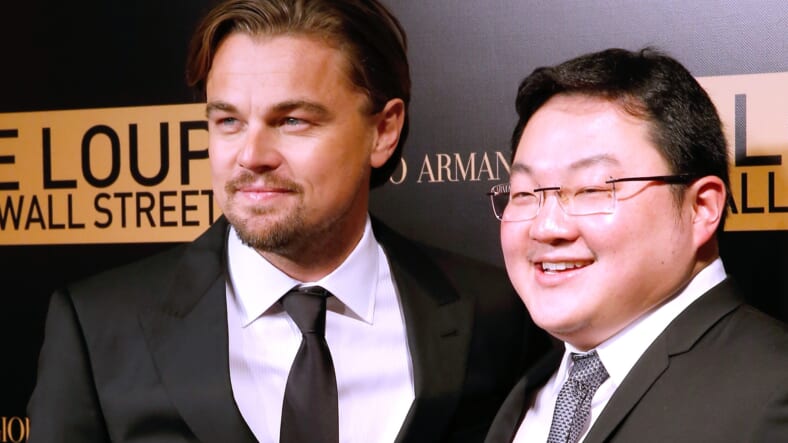 Leonardo DiCaprio is obviously living the dream. He’s one of the world’s highest-paid actors, stars in virtually any movie he wants, and, oh yeah, regularly dates gorgeous supermodels  half his age. But that doesn’t mean he’s immune from the guiles of a crafty con man who managed to infiltrate the actor’s inner circle.

In Billion Dollar Whale: The Man Who Fooled Wall Street, Hollywood, and the World, authors Tom Wright and Bradley Hope bring to light the amazing story of financier Jho Low, a Malaysian national who wormed his way into DiCaprio’s crew using millions—billions, in the end—in stolen money.

Even crazier? Low financed DiCaprio’s The Wolf of Wall Street.

So let that marinate a moment: A financier who basically bribed his way into rich and famous circles of acquaintances was a con man, and his con was funding a hit movie—about a con man.

It’ll give you a headache if you think about it too much.

What Low did isn’t too complicated to explain, though: he raided a huge fund set aside for Malaysian infrastructure projects and bought DiCaprio and other Hollywood players fine art and threw huge parties featuring up the likes of Kanye West.

Some of the high-priced gifts Low gave DiCaprio:

Low charmed other celebs, including Paris Hilton, whom he paid up to $100k for her just to show up at a party.

Including DiCaprio many famous folks had to give up their insanely expensive schwag once the scam was revealed. Crazy enough, Malaysia wanted its money back.

DiCaprio has a love for grifters. He’s played so many. He must’ve found this funny on some level.

As for Jho Low? He’s currently on the lam, a wanted man. If he’s ever caught, he’ll surely make some money back on selling film rights to his story.