Everyone Is in Danger in the Intense New Trailer For ‘Avengers: Infinity War’

All bets are off. 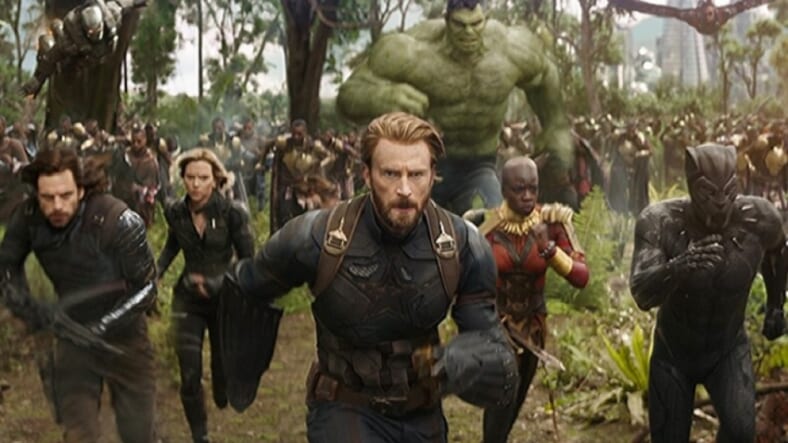 The most recent trailer for Avengers: Infinity War makes one thing clear: Nobody is safe.

A couple of characters seem in more serious danger than the others. The Vision, the strange character evolved from Iron Man’s suit-controlling AI, appears stricken as he speaks with the Scarlet Witch. And Captain America is in serious danger from Thanos, the evil alien despot attempted to take over the universe.

It passes fast, but Iron Man also confirms in an offhand way that yes, Spider-Man is officially an Avenger.

Just in case you haven’t read it in a while, here’s the movie’s synopsis, straight from Marvel:

As the Avengers and their allies have continued to protect the world from threats too large for any one hero to handle, a new danger has emerged from the cosmic shadows: Thanos. A despot of intergalactic infamy, his goal is to collect all six Infinity Stones, artifacts of unimaginable power, and use them to inflict his twisted will on all of reality. Everything the Avengers have fought for has led up to this moment – the fate of Earth and existence itself has never been more uncertain.

Josh Brolin sounds menacing as Thanos, which is why he got the role, most likely.

Bonus: A clip from the movie aired on Nickelodeon’s Kid’s Choice Awards in which Thor meets the Guardians of the Galaxy, and it’s kind of funny.

Avengers: Infinity War is set to be a box office monster, though it’ll have a long way to go to beat Black Panther, which is now the highest-grossing superhero movie ever.