Watch this Intense New Trailer for ‘2001: A Space Odyssey’

This is a stunning new take on the sci-fi epic. 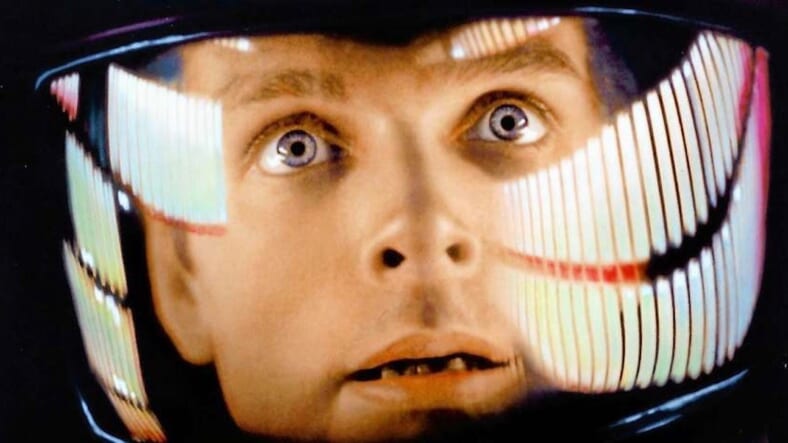 To people of a certain age, it’s a little mind-blowing that it’s been 50 years since the premiere of Stanley Kubrick’s science fiction classic, 2001: A Space Odyssey.

We already know the movie is coming back to theaters to celebrate the anniversary. Cooler still, director Christopher Nolan is a fan, and he backed this release, in part because it’s coming from a restored 70mm print.

Don’t mistake this for some b.s. George Lucas-style retcon, though. This is the original movie, completely intact, but crystal clear as if brand-new; the 60s version of hi-def video. If you don’t believe us, take it from Nolan, who says “There are no digital tricks, remastered effects, or revisionist edits. This is the unrestored film.”

Even though no one’s toyed with the movie or revised anything, Universal did put out the very modern trailer above, and it’s brilliant. It applies the modern movie trailer aesthetic to fantastic effect; elements that made 2001 such an event are highlighted with quick cuts between images that also underscore Kubrick’s visual genius.

The original trailer places 2001 firmly in its time, but this new cut manages to underscore the thing that’s made this movie such a touchstone: It’s timeless. It’s one of the very few movies that you can watch today and really feel the passage of five decades.

Get ready to meet the Monolith all over again.