Is this ridiculous or what? 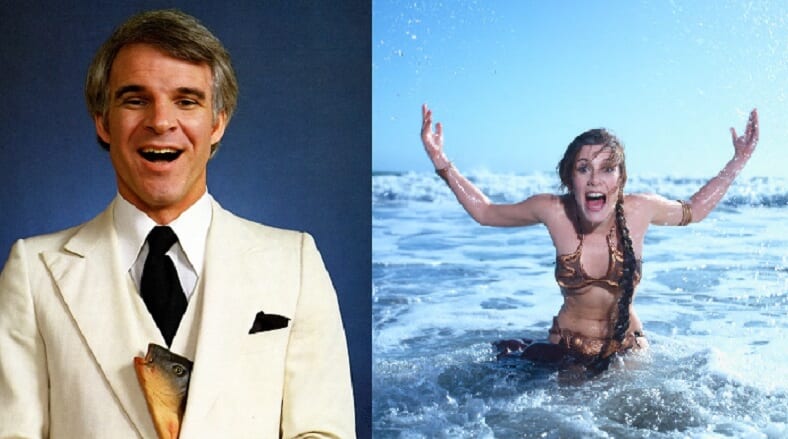 Shortly after Carrie Fisher’s untimely death on December 27, comedy legend Steve Martin took to Twitter to express some of his feelings about the talented and funny woman he’d known since they both rose to stardom in the 1970s.

“When I was a young man,” Martin tweeted, “Carrie Fisher (…) was the most beautiful creature I had ever seen. She turned out to be witty and bright as well.”

There’s a reason we can only quote the comedian, playwright, and musician’s tweet, not embed it — almost immediate blow-back from Internet language scolds may have forced Martin to delete it. Reps for Martin didn’t respond when Fox News sought comment, so there’s a chance he deleted it because there was a stray “she” between “Fisher” and “was.” Martin, being a writer, might have deemed it too awkward.

Remember Carrie Fisher for her talent, her feminism, her commentary on mental health — not for the way she looked https://t.co/R3eZqy6Ooh

The good money, however, is on self-appointed language police criticizing Martin for what some seemed to feel was a sexist framing of his compliments about Fisher’s intelligence and humor.

Coming from Steve Martin, any compliment about intelligence and wit is far more meaningful than him also acknowledging that part of Carrie Fisher’s early fame was the fact the first three Star Wars films established her as a sex symbol, especially Return of the Jedi and Princess Leia’s legendary gold bikini.

If you were upset by Steve Martin’s tweet about Carrie Fisher, congratulations! You are officially addicted to outrage.

Still, Carrie Fisher was damn funny, too, and a deleted scene from The Force Awakens, released after her death, was positive proof.

Fisher’s character orders one of her Resistance soldiers to make contact with the Galactic Senate and let the body know that she, General Organa, insists “the Republic take action against the First Order.”

The soldier pauses and respectfully debates the General, to which Organa responds, “Not all the senators think I’m insane. Or maybe they do. I don’t really care.”

It’s a perfectly timed, funny, and perhaps revealing moment for the character — and maybe the actor as well. We wish it had been left in the movie, somehow.

Steve Martin clearly understood everything that Carrie Fisher had going on, and much of that was on display in this clip. It’s too bad the outrage-addicted element of social media may have led him to delete what was actually a moving and deeply sincere tribute.