Because it’s the right thing to do. 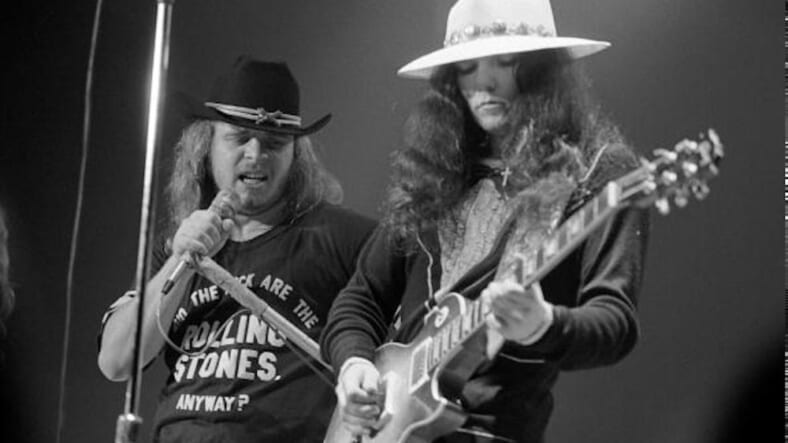 Isolated classic rock vocal tracks unleashed on the Internet have a habit of returning to haunt us years later, like some kind of weird rash that Slash contracted on the first Guns N’ Roses tour.

A few weeks ago, an old clip of Kurt Cobain’s “Smells Like Teen Spirit” vocals enjoyed a brief online resurgence, and we’ve seen the same thing happen with David Lee Roth’s “Runnin’ with the Devil” yelping and, perhaps the most goose bump-y of all, Freddie Mercury and David Bowie’s stellar “Under Pressure.“

The latest entrant is Lynyrd Skynyrd’s classic 1973 power ballad “Simple Man.” Sure, the isolated track showcasing Ronnie Van Zant’s impressive pipes first hit the Web in 2009, but it was trending on Facebook today for some reason.

Listen to the YouTube tribute clip above, and be sure to have a Kleenex handy if you’re particularly moved by the sweet sounds of straight-up Skynyrd.