Everyone’s favorite horror clown is more terrifying than ever. 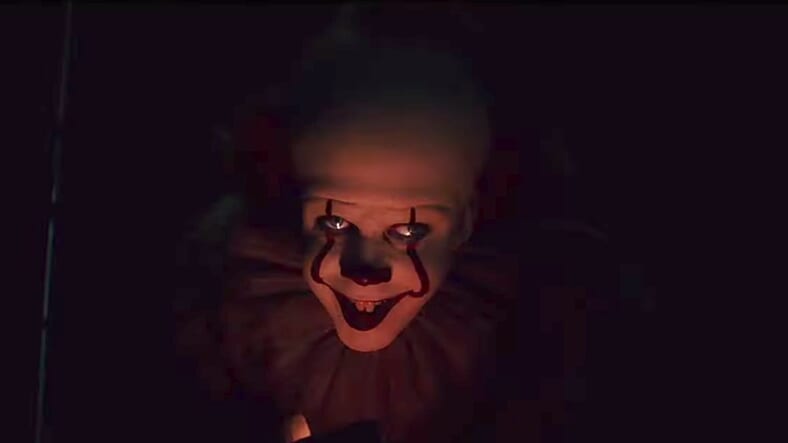 Halloween is closer than you think. But one reliable bellwether of the approaching spooky holiday is already on TV daily: trailers for horror movies. Quality horror, that is, not the dreck that gets dropped offseason. Like IT Chapter Two, the highly-anticipated follow-up to IT.

The first installment set box office records for the genre and with good reason—it was well-made, well-written, and flat-out terrifying.

If trailers coming out for Chapter Two are any indication, it could even raise the bar. The latest example is the relatively brief IMAX teaser above. It moves along with a sense of dread, sure, but saves the nightmare fuel for the last few frames. Which if you haven’t seen it yet, we won’t give away. But you might jump.

As a refresher, here’s the IT Chapter Two synopsis and cast list from Warner Bros:

In the novel by Stephen King, the adult members of the Losers Club had virtually forgotten their terrifying childhood encounters with Pennywise, save for Isaiah Mustafa’s Mike, who stayed in the Maine town where so many spooky things happen.

They don’t fully recall until they’re back in town and trying to figure out just what they’re doing there, and Pennywise is around to serve as a helpful and horrific reminder.

If there’s one movie that’s likely to totally dominate the fall box office, it’s this one.

IT Chapter 2 slithers into theaters September 6.