The Early Reviews Say ‘IT’ Is Straight-Up Terrifying, And We’re NOT Clowning Around 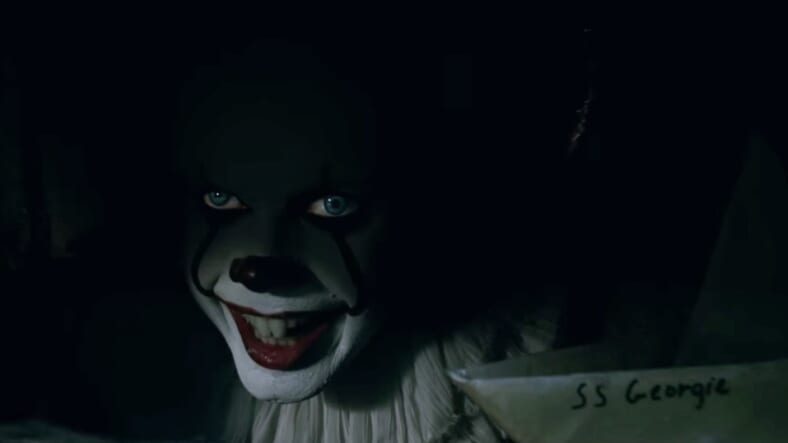 Those super scary IT trailers terrorizing cinemas and smartphones everywhere aren’t fooling you.

Members of the Los Angeles press were invited to an early screening of the film, and they arrived at a general consensus: clowns are still terrifying AF, y’all.

I'm happy to say that IT is one of the best @StephenKing adaptations in years. Scary, atmospheric, funny and emotional.

Can say what I thought of @ITMovieOfficial!! It is astounding. It is moving. It is scary as hell. It has a sensational cast. #ImALoserBaby

Reviews were glowing across the board, praising the talented young cast of “losers,” Bill Skarsgard’s performance as Pennywise and the preserved heart and soul of Stephen King’s source novel.

You'll float too! @ITMovieOfficial is sensational! The cast is terrific and yes, it's very scary! One of the best #StephenKing adaptations.

LOVED #ItMovie. Captured the spirit of the book & still created something new. Perfect combo of dark & fun. & The Losers Club was PERFECT! 👌 pic.twitter.com/ipkKlAORyt

Better yet, the movie is every bit as chilling as those trailers made it out to be.

#ItMovie was spooktacular. Great cast, surprisingly funny, and genuinely unnerving scares. You'll still be freaked out when you get home. 🎈 pic.twitter.com/n5EQpbk53N

Thrilled I can now say that IT is spectacular. Totally terrifying, but also amazing fun (the Losers are PERFECT). Top 10 candidate for me. pic.twitter.com/XjQHyNmSEq

Attendees were ultimately barred from disclosing any of the film’s secrets, but we know all we need to ahead of the Sept. 8 release date.

Just saw IT. Really well done. Cast were all great with some twisted visuals. Going to make a ton of money. Ready for the sequel tomorrow. pic.twitter.com/XYTEG39YCX

I love the #ITMovie. It's everything I wanted. Scary as shit, Skarsgard nails Pennywise, and the Losers are perfection.