He’s one of Peter Parker’s most formidable foes. 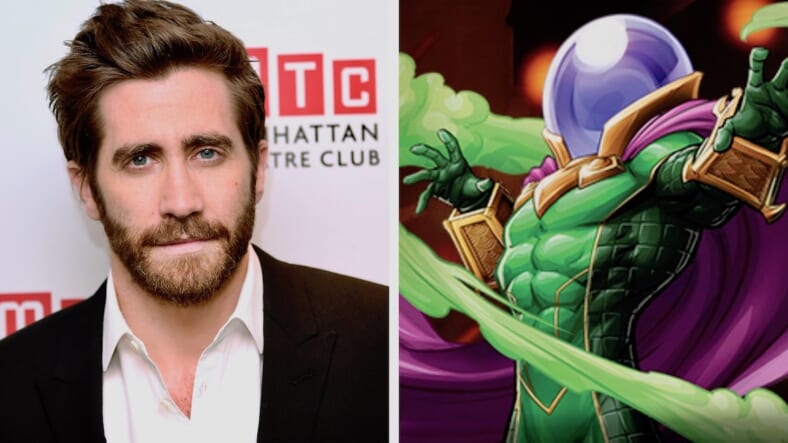 Jake Gyllenhaal is in talks to play the villain in the upcoming Spider-Man: Homecoming sequel, The Hollywood Reporter has announced.

The 37-year-old actor would play against type as Mysterio, first introduced in 1964 by creators Stan Lee and Steve Ditko.

He’s one of Spider-Man’s most formidable foes. Here’s a bio from Marvel:

Stunt Man. Hypnotist. Illusionist. Former special effects wizard Quentin Beck is master of the unreal, able to conjure beguiling and psychedelic scenarios using the holographic technology in his costume. These tricks are great assets in his ostentatious life of crime and in Mysterio’s mad quest to confound Spider-Man!

Gyllenhaal nearly joined the original Spider-Man franchise. After Toby Maguire injured his back while filming Seabiscuit, Gyllenhaal was considered to take on the role of Peter Parker if Maguire could not. Maguire eventually recovered and returned for Spider-Man 2 and 3.

Marvel has already broken the news that the Spider-Man sequel will come out two months after the still-untitled Avengers 4, slated to hit theaters May 3, 2019.