This could be awesome. 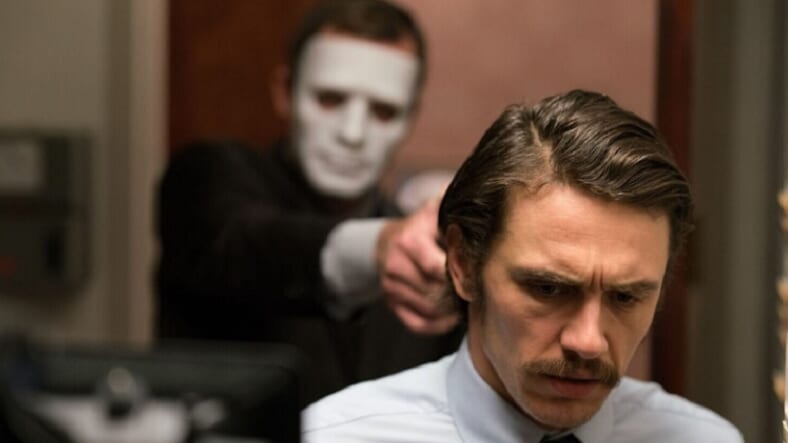 This upcoming thriller starring James Franco might initially make you think, ‘Oh great, a heist movie with James freaking Franco.’ And no one would blame you for that, especially after seeing the cheesy ‘stache the ubiquitous actor apparently grew for the role.

It’s quickly obvious, however, that The Vault is a pretty killer twist on a bank robbery drama. In fact, it ends up feeling a little more like an installment from the Saw series of serial killer flicks.

The FilmRise description of what’s really going on here says it’s about a pair of sisters who “are forced to rob a bank in order to save their brother. The heist begins smoothly, but mayhem ensues when the defiant bank manager sends them to a basement-level vault—home to something truly evil.”

We won’t even poke at the question of why something evil would be hiding in the basement of an average bank—something that it seems clear from the trailer is totally known to James Franco’s bank manager character. But it looks damn chilling anyway.

The Vault also stars Taryn Manning, Francesca Eastwood, and Scott Haze, and it creeps into theaters on September 1.