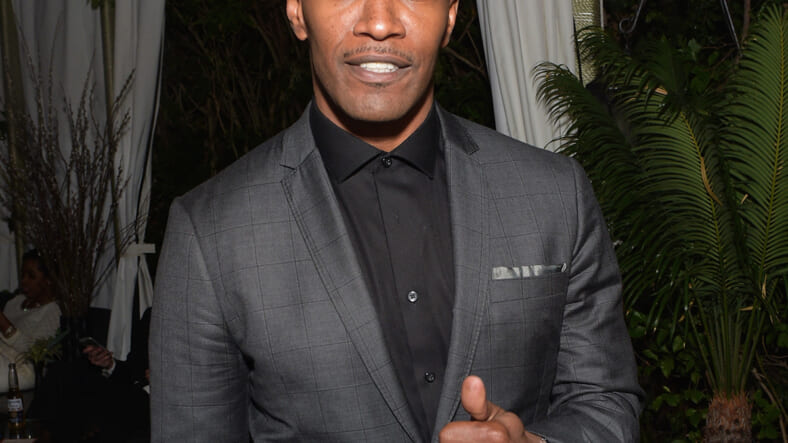 Jamie Foxx saved the life of a man whose car caught fire near the actor’s California home. But don’t call me a hero, cautions Foxx, as he promotes his heroics on social media.

Brett Kyle, 32, is alive today in part due to the Ray star’s bravery and selflessness. Kyle was driving his pickup truck in Moorpark, California when he lost control and the truck flipped over and caught fire near Foxx’s home. Foxx quickly responded and rushed to the driver’s side.

“As I’m getting him out, I said, ‘You’ve got to help me get you out because I don’t want to have to leave you,’ ” Foxx told CNN affiliate KCAL. “I said, ‘You’ve angels around you.'” Foxx teamed up with emergency responders to rescue Kyle from the burning pickup.

Foxx later posted a photo of himself and Kyle’s dad to Instagram, with the caption, “This is all that matters. That a man, a son, a brother’s life was spared last night. God had his arms wrapped around all of us…No heroes…Just happy fathers.”

Met the father of the young man from last night today. This is all that matters. That a man, a son, a brother's life was spared last night. God had his arms wrapped around all of us…No heroes…Just happy fathers.