The Oscar winner says he’s “humbled and ready to transform.” 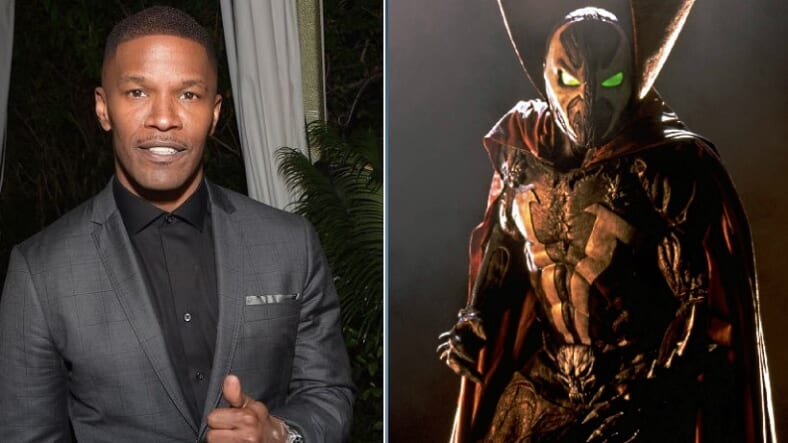 When you think of secret agents sent to hell only to return as demonic antiheroes, you think Jamie Foxx, right? Okay, maybe not. But The Hollywood Reporter says you probably will.

Spawn was created by Todd McFarlane. Beginning in 1991 the character was featured in a series of popular comics, ultimately making it to the big screen in 1997. That movie didn’t have the star power of Jamie Foxx behind it. It wasn’t a blockbuster, to say the least.

Spawn’s backstory: Someone betrayed black ops agent Al Simmons, killed him, and he went to hell. Once there he bargained with a demon who let him return to earth, but there was a catch; he was grossly disfigured (not unlike Deadpool) and had hell-born superpowers.

Spawn then found himself enmeshed in the non-stop battle between the forces of heaven and hell.

It’s not nearly as lighthearted a story as many superhero movies, including the seriously downbeat Avengers: Infinity War.

Hanging out with #Spawn… @iamjamiefoxx and @blumhouse ! For the FULL @#Spawnmovie story from @DEADLINE head HERE: https://t.co/CAp0kkwSQd pic.twitter.com/KEaQDFwtad

THR quoted Foxx, who has been enthused about the project for a while. Referring to a visit with creator McFarlane, he said “I told him with the enthusiasm of a young child that more than anything I wanted to put my name in the hat to embody his beloved character SPAWN.”

Foxx then said of the new movie that he was “humbled and ready to transform.”

Foxx won an Oscar for a reason—he’s a complex actor. He doesn’t do one-note roles.

We’re as ready for this as he is.