But there’s a catch. 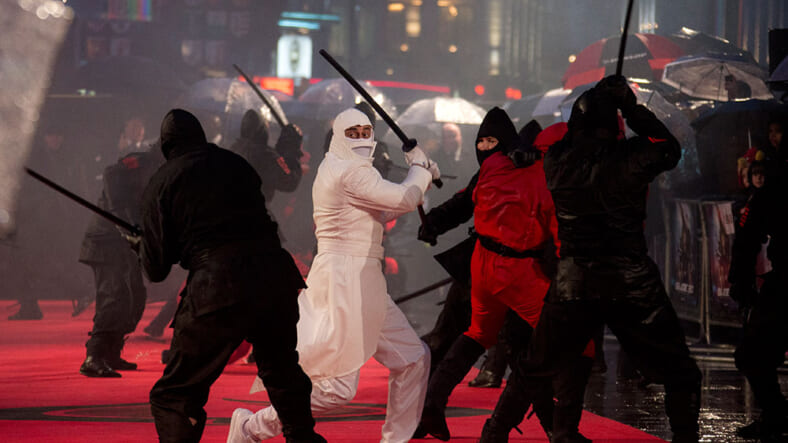 If you know a stealthy and secretive warrior in need of a job, let them know the following in whatever secret code you use to communicate: a prefecture in Japan is looking for a few good ninjas. The pay isn’t terrible—equal to nearly $1600 a month USD—and the job doesn’t even involve silent assassinations committed under the cover of darkness at all:

Aichi Prefecture said it is hiring full-time ninjas — the martial-arts masters and stealth assassins of feudal times — to promote tourism in an area known for historic Nagoya castle.

The job comes with a year-long contract and what sounds like genuinely fun duties for those with the proper skill set. Those duties include acrobatic ninja-style stunt work, weapons demonstrations and posing with tourists.

Aichi Prefecture isn’t restricting the pool of applicants to Japanese residents, either—the AFP reported “non-Japanese individuals passionate about history and tourism are welcome,” and the troupe of ninjas will occasionally give performances in English.

The AFP report cannily points out that this isn’t just savvy marketing to tourists—the Olympics come to Tokyo in 2020, and Japan is really gearing up to become an even friendlier tourist destination nationwide.

If you think you have the chops to spend a year in Japan getting your ninja on, grab your throwing stars and short swords and whatever else and start living the dream.