Can the ‘Suicide Squad’ star pull off portraying the King of Pop Art? 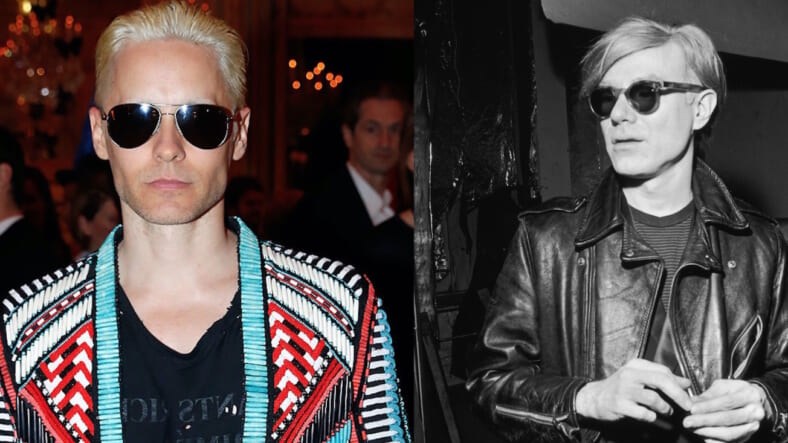 Andy Warhol‘s iconic and expansive life–from his humble Pittsburgh upbringing, to heralding the pop-art movement, and to his reign as the dean of downtown Manhattan nightlife–hasn’t always made the jump to celluloid. Perhaps what those film attempts were missing was a bit of Jared Leto.

Jared Leto, who’s long been eschewing his pretty boy looks in favor of meatier and more unusual film choices, has officially been cast to play Warhol in an upcoming biopic, aptly titled Warhol.

The Internet is actually kind of psyched over the casting, with entertainment blog Vulture fanboying that the news “the headline you’ve always been waiting for” and that “today is a day for celebrations.”

The Hollywood Reporter also opined, “The part seems tailor-made for Leto,” citing his Oscar-winning performance as a transgender woman dying of AIDS in Dallas Buyers Club.

Australian actor Guy Pearce gave a valiant effort in 2006’s Factory Girl although that biopic failed to catch on with critics and audiences.

There is still no director attached to the forthcoming project although Terence Winter (The Wolf of Wall Street, Boardwalk Empire) will write the script, and Michael De Luca (The Social Network, Captain Phillips) will produce alongside Leto, making for a formidable team.

With a estimable director on board and some actors to play the equally eccentric denizens of his legendary studio The Factory, Warhol could shape up to be a serious awards contender.