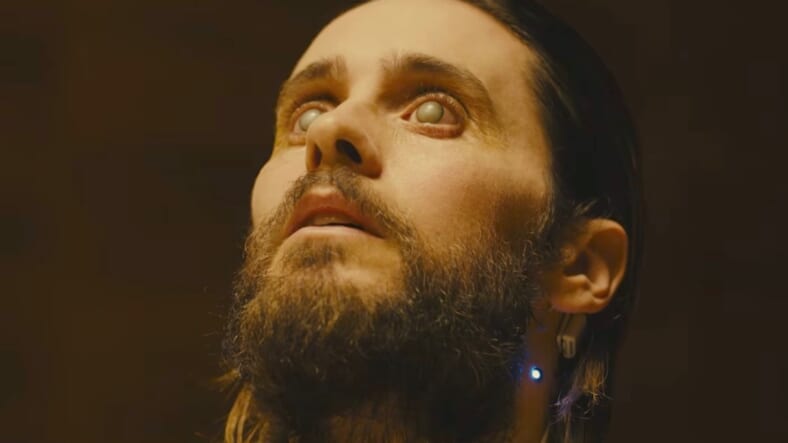 Jared Leto—who sent his Suicide Squad co-stars used condoms to get into his Joker character—employed similarly method tactics on the set of Blade Runner 2049.

The go-for-the-broke actor asked that his milky contact lenses impair his vision so he could be blind just like his character, villainous android manufacturer Niander Wallace.

“We all heard stories about Jared, how he transforms into the characters. But even this didn’t prepare me for what was to come.”

“He could not see at all. He was walking with an assistant, very slowly. It was like seeing Jesus walking into a temple,” Villeneuve added.

“Everybody became super silent, and there was a kind of sacred moment. Everyone was in awe. It was so beautiful and powerful—I was moved to tears.”

Apart from Suicide Squad and Blade Runner, Leto has also gone all-out for roles before: dropping 30 pounds to play a transgender AIDS patient in Dallas Buyers Club and abstaining from having sex with then-girlfriend Cameron Diaz for Requiem for a Dream.

See if Leto’s efforts were worth it when Blade Runner 2049 hits theaters on Oct. 6.