Jared Leto’s Joker is the Most Memeable Supervillian Yet 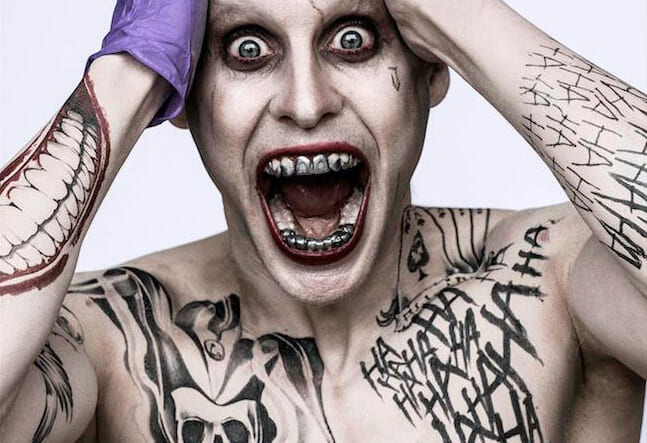 Last Friday was the Joker’s 75th anniversary, so director David Ayer tweeted out a first look at what Jared Leto would look like as the supervillian in 2016’s “Suicide Squad.” And our first reaction is: ay yai yai. He’s part tatted-up Hot Topic enthusiast, part scrawny hipster, part Juggalo, plus a dash of Michael Jackson with his solo glove. He also has a delicate tattoo that says “Damaged” on his forehead so, look out ladies—this one’s got baggage.

The internet, inspired by the sheer absurdity of the Joker’s new look, took up arms the best way it knows how: by making a plethora of memes riffing on the image.

We had an equally tatted up Batman:

First the picture of the new Joker and now the new Bruce Wayne? Amazing: pic.twitter.com/xi997gBwsY

Internet responds appropriately to the first image of Joker: pic.twitter.com/nAgtp4hYTj

The Joker as a video game enthusiast:

The Joker as a member of a rap supergroup:

And finally, the Joker as Jerry Seinfeld, which we can’t unsee: