Jason Momoa to Appear In ‘Cliffhanger’ Reboot: Here’s Everything You Need To Know

Sylvester Stallone’s 1993 mountain-climbing action movie is getting a reboot starring the “Aquaman” actor. 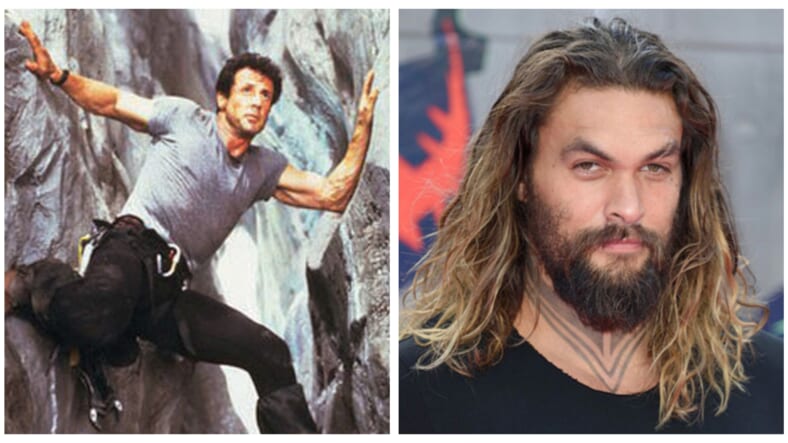 Sylvester Stallone‘s classic mountain-climbing action film Cliffhanger is getting a reboot—and for once, a new version of a great flick doesn’t sound like a bad idea. Especially if Aquaman himself, Jason Momoa, is involved.

It’s looking like he will be, but not in Sly’s old role of Ranger Gabe Walker. We’re talking gender-flipped reboot, here. Read on to learn what we know so far, courtesy Men’s Journal.

You may not have heard of her yet, but Amirpour helmed one of the most original and well-reviewed vampire flicks in years, A Girl Walks Home Alone at Night. She’s an intriguing and original choice for such a classic action property.

Momoa is reportedly a serious rock-climber in his own right and friends with Amirpour after appearing in her movie Bad Batch with Keanu Reeves. He’s supposedly looking at a “cameo role.”

3. The movie will have a female lead

This is per The Hollywood Reporter: “Casting is underway for a female lead after Rocket Science acquired the reboot rights to Cliffhanger from StudioCanal.” Amirpour indicated no matter who gets the role, they need to be able to handle the action. And Cliffhanger was some serious, non-stop, white knuckle action.

4. The producer of the Fast & Furious is involved

Neal Moritz knows action like nobody’s business. The F&F films only get crazier, so this will rock.

Penn is set to pen the new script and comes with an excellent pedigree: writing credit for Creed II.