‘Wrath of Man’: Jason Statham Gets Fired Up in Trailer For Guy Ritchie Crime Caper 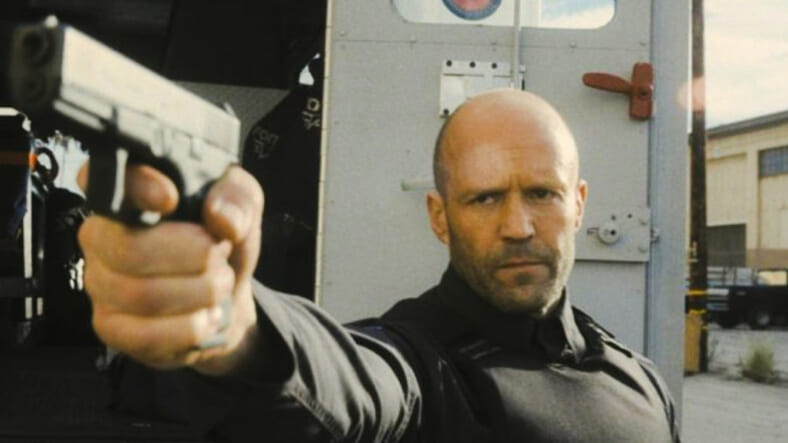 If the guy is an intimidating badass with a British accent and even the trailer has a little bit of the old ultra-violence in it, you’re probably looking at a preview for a new Guy Ritchie movie.

That’s definitely the case here, as we watch Jason Statham make his way through a series of encounters that involve guns, threats and general mayhem. He’s starring in Ritchie’s upcoming heist flick Wrath of Man, playing a security guard who is way too skilled for the job and one who makes it a point to say in the trailer, “I do bear a grudge.”

From Miramax, here’s the movie’s synopsis:

A mysterious and wild-eyed new cash truck security guard (Jason Statham) surprises his coworkers during a heist in which he unexpectedly unleashes precision skills. The crew is left wondering who he is and where he came from. Soon, the marksman’s ultimate motive becomes clear as he takes dramatic and irrevocable steps to settle a score.

Statham’s character apparently has a very personal plan for revenge making this perhaps more of a revenge thriller, but this being a heist movie puts it in a familiar genre for the director and that’s not a bad thing, given Ritchie is a master of crime dramas (with a touch of dark humor) in general. After all, a short list of hit movies about heists is full of familiar names like Heat, or The Town.