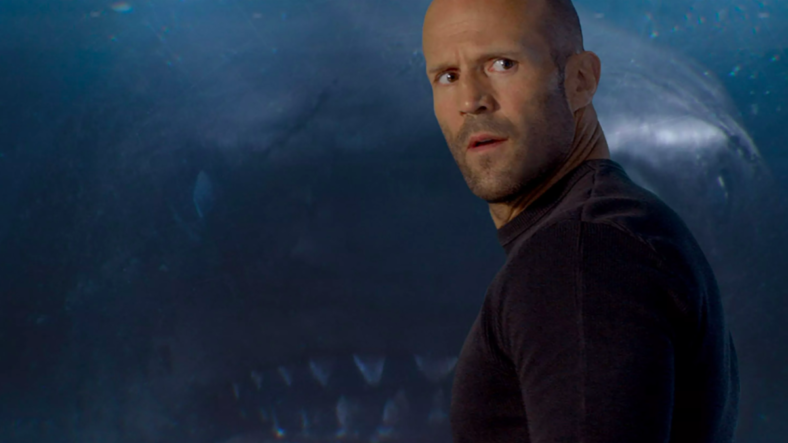 Jason Statham has already brought down every opponent he has faced on land, so looks like the tough guy action star is going deep to find his next adversary.

No, he won’t have an aquatic shoot-out with a Russian mobster in a scuba suit. Statham will encounter a giant prehistoric shark, a megalodon, while working on a deep-sea submersible in his latest flick.

Catch the trailer for The Meg (that’s short for “megalodon”), which just debuted on YouTube, above.

Jaws would have ended a lot more quickly had Jason Statham been there to punch that great white in the face. But megalodons are around 75 feet long, and this one has friends, namely a giant killer squid.

The plot is completely ridiculous, and the movie knows it. The trailer features more humor than you might expect from a Statham vehicle, an aspect driven home by the fact that Rainn Wilson is there dropping Shark Week jokes.