‘Jay and Silent Bob Strike Back’ Is 15 Years Old

Kevin Smith’s parody of Hollywood and internet culture is a teenager. 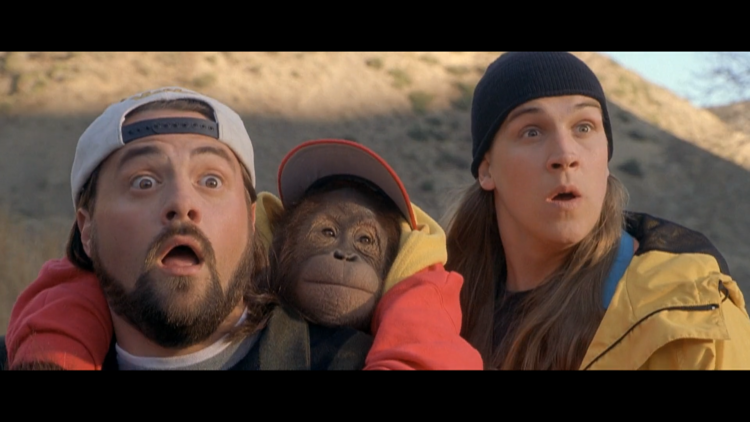 On August 24, 2001, Kevin Smith released the fifth film in his “View Askewniverse,” Jay and Silent Bob Strike Back. Following on his success with films like Clerks and Dogma, Smith reprised his role as Silent Bob alongside Jason Mewes’s Jay. The plot follows the screw-ups as they try and stop a Hollywood production based on their alter-egos Bluntman and Chronic.

The film took pleasure in attacking Hollywood, as well as those actors who had crossed paths with Smith over the years (Ben Affleck and Matt Damon working on Good Will Hunting 2 was clearly a shot at the Hollywood trend of making sequels instead of original content and reciprocation for Smith taking the Good Will Hunting script to Miramax in the first place).

In fact, when you look back on the plot of the film, it’s pretty prescient. The ability of an online community to influence Hollywood and its projects brings to mind the recent pre-release furor over the female Ghostbusters remake and public evisceration of Suicide Squad.

Even the universe Smith created for his films (Clerks, Dogma, Mallrats, Chasing Amy) is reminiscent of what Marvel and DC have been attempting by having multiple tv or film properties co-exist within a single “universe”.