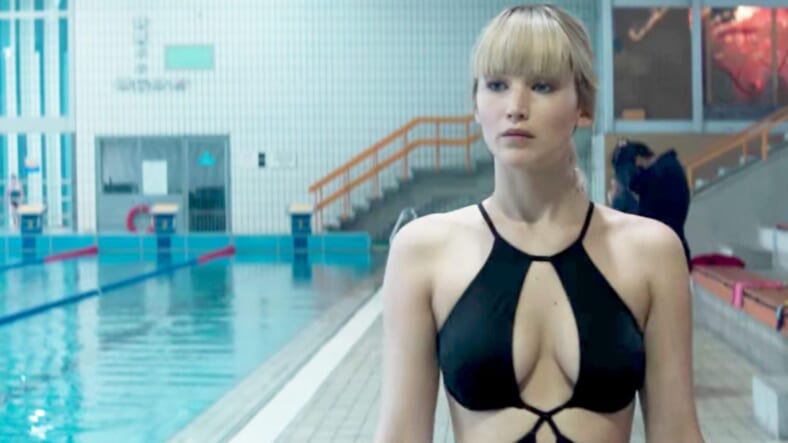 It was clear from the very first Red Sparrow trailer that the spy thriller would contain plenty of barely clothed activity from its star, Jennifer Lawrence.

Turns out all that heat made the movie crew uncomfortable. J-Law apparently didn’t bother to cover up in between takes of her nude scenes, of which reviewers say there are plenty.

“Everybody made me feel so comfortable that I probably at a certain point started making everybody else uncomfortable,” she told Entertainment Tonight’s Carly Steel.

Considering the Oscar-winning actress needed to get to get totally blitzed before filming her first-ever sex scene with Chris Pratt in 2016’s Passengers, she’s certainly come a long way.