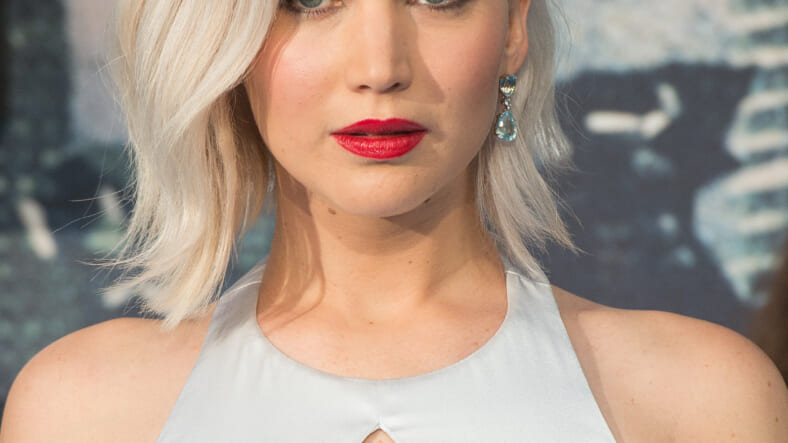 Remember when we told you about that upcoming all-female Ocean’s 11 reboot? Well that story just got a lot better, as Jennifer Lawrence is reportedly in talks to join the ensemble cast. Maybe.

Right now, it’s just a rumor — and J-Law’s publicist has denied the reports, but that sometimes happens even when news is true — but there is chatter that Lawrence will be re-teaming with her Hunger Games director Gary Ross for the upcoming reboot of Steven Soderbergh’s heist franchise, which was itself a remake of the 1960 Rat Pack classic.

Sandra Bullock is already set to star, and according to the Tracking Board, Lawrence is at the top of the shortlist to play Bullock’s right-hand woman in the reboot, which will follow the lady thieves in an attempt to steal a valuable necklace at the Met Gala and frame a gallery owner.

A role like this could be a great fit for Lawrence’s ass-kicking talents and give her a chance to work in her comic chops, which we normally only see in interviews and red carpet hijinks. Again, it’s only a rumor, but it’s a rumor that makes a lot of sense. We can totally see J-Law as  jewel thief.