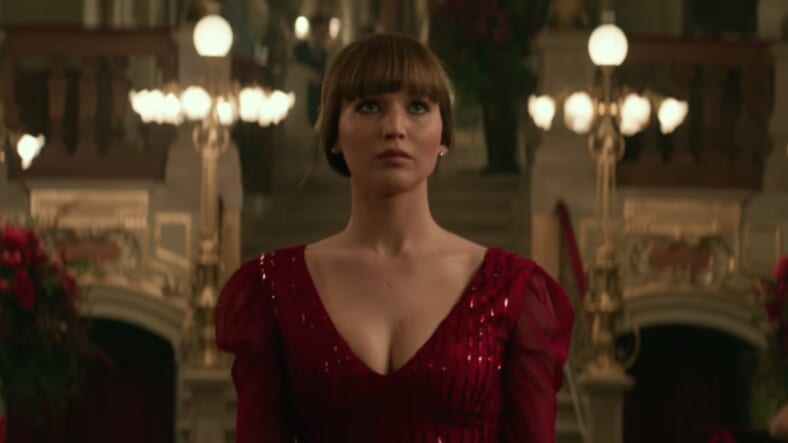 After starring in the most divisive film of the year, mother!, Oscar winner Jennifer Lawrence continues to tackle risky material.

A new trailer for her next major movie, Red Sparrow, premiered during the 2018 Golden Globes, and it promises a daring thriller of sexual manipulation and high-stakes Russian espionage.

Lawrence stars as Dominika Egorova, an injured prima ballerina who becomes a government assassin to pay off her ailing mother’s medical bills. She is no ordinary spy: Dominika is conscripted to become a “red sparrow,” whose training is in sexual manipulation.

The character is an example par excellence of the femme fatale, a stock character we have yet to see J.Law take on. Some have criticized the trope of the calculating female seductress as outdated and sexist, but the teaming of Lawrence with her The Hunger Games director Francis Lawrence promises a smarter addition to the formula.

We also haven’t seen J.Law play Russian before, and we’re into it!

Charlotte Rampling is also more prominently featured in the second trailer as the Headmistress of the Sparrow School where J-Law is trainer to manipulate men’s desires for her own ends. The cast is rounded out by Joel Edgerton as an American spy caught in Dominika’s crosshairs, Matthias Schoenaerts as her diabolical uncle and Jeremy Irons as a Russian general.

The official poster for #RedSparrow. Tune in for the new trailer tomorrow. pic.twitter.com/XIIthAdHUP