The GTL Gang Is Back in Wild New ‘Jersey Shore: Family Vacation’ Trailer 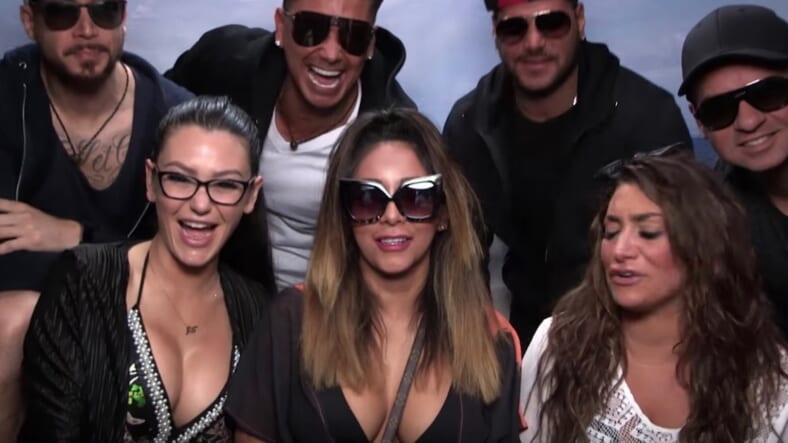 MTV’s Jersey Shore reunion show, Jersey Shore: Family Vacation, has its first trailer, and the G.T.L. is still strong with these ones.

Most of the cast has gotten married and has even had kids, but that does not mean they are not still physical and moral hazards to South Beach, where the show is set.

“I love my children, but I never let loose. Motherhood has made me crazy,” JWOWW says in the trailer.

“We’re older, but I don’t think many of us are wiser,” cautions Ronnie.

It is also Mike “The Situation” Sorrentino’s last chance to go hard before he is sent to prison for tax fraud. He faces 15 years in the slammer.

“Dude, prison’s no joke, it’s scary, he’s literally not going to survive,” says Snooki. If he makes it out of South Beach first…