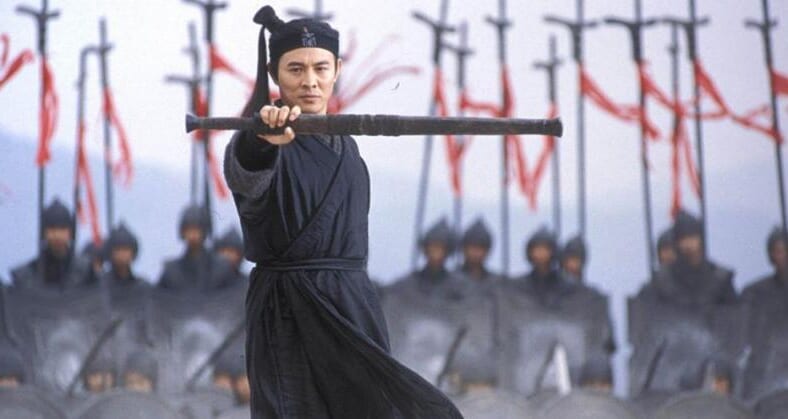 The 55-year-old Lethal Weapon actor revealed in 2013 that he was battling hyperthyroidism—a condition in which the thyroid gland produces too much of the hormone thyroxine.

Hyperthyroidism can lead to a myriad of health issues including sudden weight loss and rapid heartbeat. At the time, Li said his doctor told him he could “either continue making [action] films or spend the rest of his life in a wheelchair,” according to The Hollywood Reporter.

Li is still standing and smiling in a fan-shot photo taken this year, but he doesn’t have the powerful presence fans remember from Once Upon a Time in China and Hero.

So, apparently, Jet Li is suffering from "hyperthyroidism and spinal problems" and this is him now ❤️😓: pic.twitter.com/Ss0W2EL96D

As the photo made the rounds on Twitter, an outpouring of concern and support for Li rolled in.

Jackie Chan and Jet Li were like Gods to me when I was little. It's so sad to see Li like this 😓 pic.twitter.com/lO2FdTTvDe

Prayers go to him.

I love Jet Li, he's my hero and he inspires me so much. I hope and pray you get well Li. We need you.

The photo appears to show a noticeable change from a video released just months ago in which a bald Li wishes his fans a prosperous New Year.

He last appeared on American movie screens in 2014’s The Expendables 3, but reports as recent as last month stated that he would likely star as the Emperor in Disney’s live-action remake of Mulan.

In lieu of of filmmaking, Li has devoted much of his time over the past few years to the One Foundation, a charity he founded that focuses on providing disaster relief and improving children’s welfare in China.

Let’s hope he gets better soon.