The 100-proof bourbon hits bars and liquor stores this month. 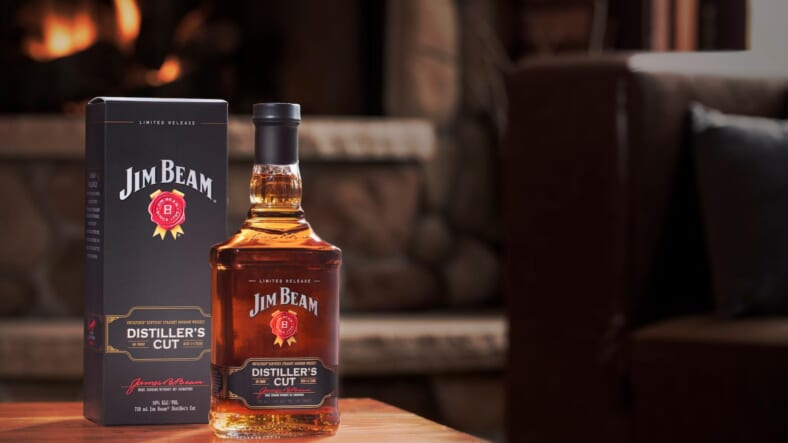 The world’s best-selling bourbon is rolling out a brand new, limited-edition offering.

“This unfiltered bourbon is unlike anything else here at Jim Beam,” Noe says. “We get the bourbon from barrel to bottle a little differently by removing the chill-filtration process to create a fuller taste that bourbon lovers will enjoy.”

After bourbon is aged, it usually undergoes a chill filtration process in which the liquid is forced through a filter to remove fatty acids formed during filtration. But Distiller’s Cut skips this step, which ends up delivering a bigger, bolder flavor than regular Beam, as well as a slightly cloudier appearance.

If all that sounds pretty damn tasty, try Distiller’s Cut neat or on the rocks. Jim Beam’s latest bottle retails for $22.99 nationwide beginning this month.