There’s the Jim we know! 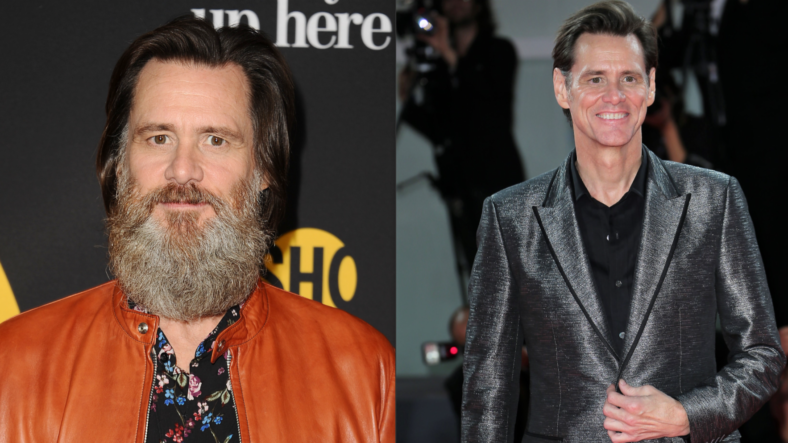 Jim Carrey is currently making the rounds at this year’s Venice International Film Festival to promote the premiere of a new documentary, but that’s not the only thing he’s debuting.

The 55-year-old movie star revealed a suave, beard-less new look to the world that makes him look decades younger. In conjunction with glistening pants-and-jacket combo, he caught the attention of every spectator lining the red carpet.

Carrey was there supporting a behind-the-scenes look at the making of 1999’s Andy Kaufman biopic, Man on the Moon, in which starred as the late and great entertainer.

The documentary’s title, like Carrey, is hilarious—Jim & Andy: The Great Beyond – The Story of Jim Carrey & Andy Kaufman Featuring a Very Special, Contractually Obligated Mention of Tony Clifton.

Being the slapstick comedy legend he is, the man had every right to grow a scraggly, gray-haired beard. But we can all agree that he looks like a total boss without it.