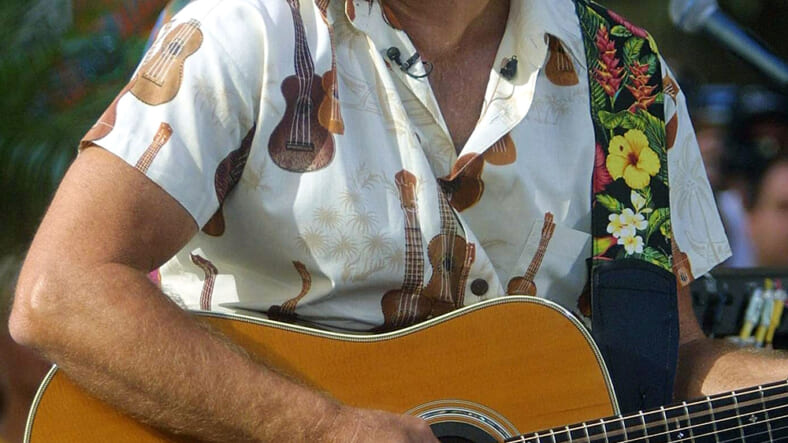 Using song lyrics to prove or disprove a matter being discussed in court is a scary thing to imagine, given that court rulings should be based on concrete evidence and facts, not the lyrical poetry of dope smokers. But when you introduce Florida as the setting for any given scenario…anything goes.

According to The Associated Press, Brad Buehrle, a Virginia resident looking to open a tattoo shop in Key West, fought the good fight in the Circuit Court of Appeals to show that his petition to open the new business would not, in fact, “erode the historic district’s character and fabric.” City officials, in an attempt to prove that another tattoo shop in Key West would be the worst thing to happen ever, quoted lyrics from Jimmy Buffett’s “Margaritaville,” but did so out of context, proving their case to be invalid. The lyrics used were:

Don’t know the reasonStayed here all seasonWith nothing to show but this brand new tattoo.But it’s a real beautyA Mexican cutie How it got here, I haven’t a clue.

But, as any fan of fun, sun, and ink would agree — those lyrics point to the positive, not the negative, so the tattoo shop’s opposing forces lost the case and Mr. Buehrle emerged the victorious future provider of someone’s next YOLO tattoo.