Gary was cool, though. 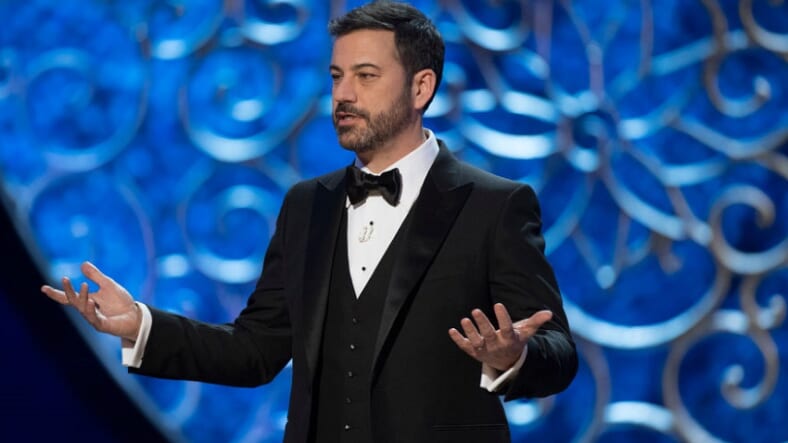 Jimmy Kimmel: "I feel like you're ignoring all the white celebrities"

Talk show host Jimmy Kimmel is doing his first Oscars hosting gig for the 89th Annual Academy Awards and he’s doing a surprisingly great job. He’s playing off bad jokes with a great deadpan and enjoying it when things go well. Kimmel being Kimmel, though, he had throw in one of his signature pranks.

In this case, Kimmel brought in a supposedly oblivious group of Hollywood tourists—we kind of think they were in on the joke—who allegedly had no idea where they were.

As these regular folks strolled into the glamorous theater full of famous folks, moving more slowly as they realized what was going on, Kimmel went ahead and made it as awkward as possible by introducing them to all the top-tier Oscar-winning (and nominated) celebs in the front row.

Jimmy Kimmel: "I feel like you're ignoring the white celebrities"
Gary from the tour bus: "Yes I am" #Oscars pic.twitter.com/8OKIubViQk

The clear new future viral celebrity who will soon arise from this kind of cringe-worthy stunt? Gary, the guy with the styling purple camera case in the tweet above.

We’d like to give Gary the Award for dude most awesomely unimpressed with what was going on around him. This is a win for us all.