“He had one line, but we did the most takes.” 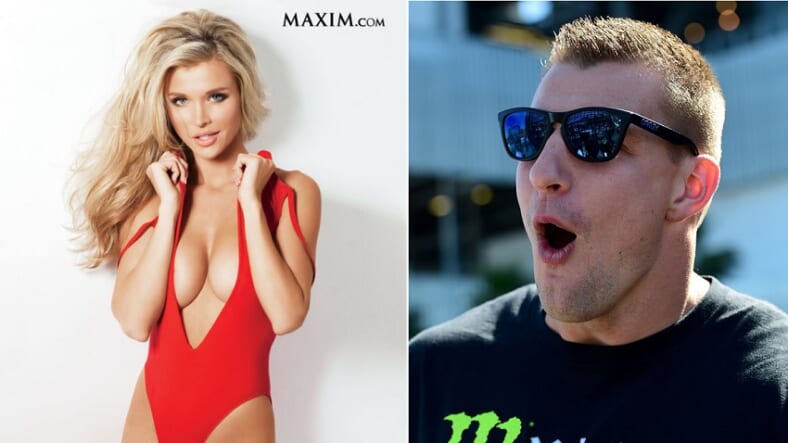 Have a seat for this one because it’s a real shocker: New England Patriots star Rob Gronkowski is apparently not all that great an actor. That’s the assessment of model and Real Housewives of Miami star Joanna Krupa, who recently worked with Gronk shooting a thriller titled You Can’t Have It.

Page Six reports Krupa said that while the big man is definitely a “gentleman and a nice guy,” she had the toughest time filming a scene with him, even though he just had one line. “I’m holding my gun, getting into my undercover CIA agent character,” she reportedly said, “and Gronk’s stepping on my lines. It was unbelievable…” Krupa went on to say her scene with him required “the most takes.”

Acting, according to Krupa, is just not Rob Gronkowski’s “forte.”

Then again, Krupa said, Gronk may have simply had trouble paying attention to what he was doing because so many women at the shoot “were drooling over him.”

We’ll get a chance to see if Krupa’s take on Gronk’s skills as a thespian is accurate when the movie—which also stars Armand Assante—is out in limited release and on-demand March 17.