It’s the comedy western we didn’t know we needed. 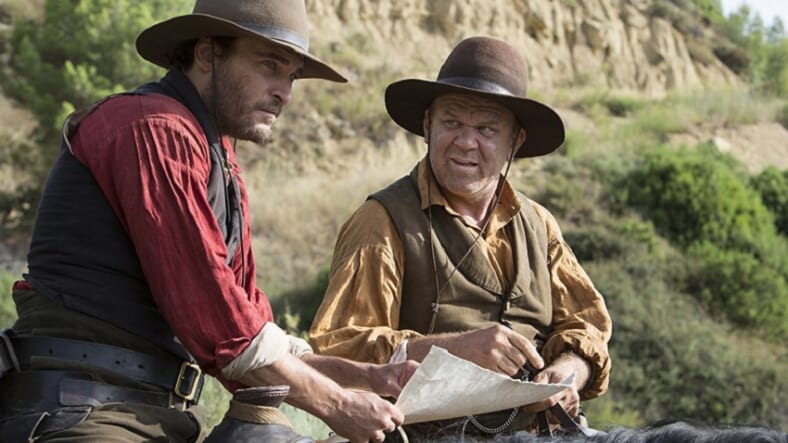 We’ll watch John C. Reilly do anything. Add a great actor like Joaquin Phoenix to the mix, and we don’t know what will happen—but it’s probably gonna be great.

That brings us to this trailer for a comedy starring the pair, The Sisters Brothers. It’s a western-comedy to be precise, and Jake Gyllenhaal plays the villain. We think.

Here’s what we learn in the trailer: Gold is involved, with Gyllenhaal and co-star Riz Ahmed on the hunt for it. Phoenix and Reilly are assassins, and they’re apparently pretty good at their jobs. Here’s the brief synopsis: “Based on Patrick Dewitt’s acclaimed novel of the same name, follows two brothers – Eli and Charlie Sisters – who are hired to kill a prospector who has stolen from their boss. The story, a genre-hybrid with comedic elements, takes place in Oregon in 1851…”

Anyway, Reilly not only stars in this movie, his production company originally purchased the rights to the story.

Comedy-westerns (or the other way around) are tricky to pull off. For every Blazing Saddles, there’s a City Slickers II: The Legend of Curly’s Gold.

But we have some confidence in John C. Reilly.

Hopefully audiences will give The Sisters Brothers a shot when it premieres later in 2018.