He’d definitely look good with a golden Deagle on his hip. 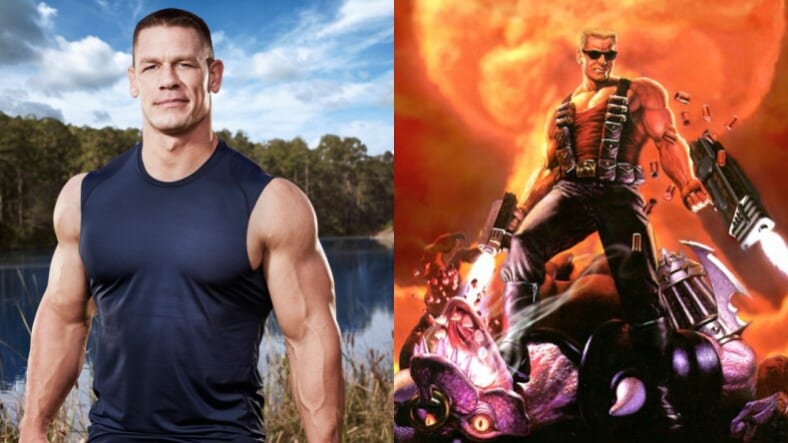 John Cena is ready to get medieval on some alien ass in a Duke Nukem movie.

THR reports that the pro wrestler-turned-actor is in negotiations to star as the run-and-gun video game’s titular character in a big-screen adaptation based on the franchise.

Paramount Pictures has picked up the rights and tapped Bradley Fuller and Andrew of Platinum Dunes—Michael Bay’s production company—to produce.

Cena certainly has Duke’s bulging biceps and squared buzz cut, but he’ll half to brush up on the politically incorrect dialogue that spurred love and hate for the character upon the release of Duke Nukem 3D in 1996.