Celebrate the good news with her hottest pics of all time. 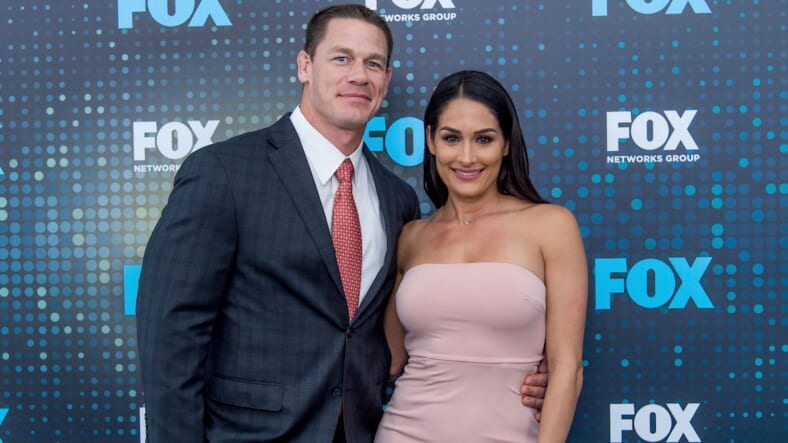 Less than a month after he publicly pleaded for her to take him back on The Today Show, John Cena and Nikki Bella are back on.

“Nikki called off the wedding earlier this month so she could have more time to make a decision with what she wanted in life,” a source told Us Weekly.

“Calling off the wedding was the right decision at the moment and their relationship only grew from it.”

“It didn’t mean that any love was lost, or that they lost any feelings for one another, but they both have realized that they love each other and want to be with one another.”

Cena proposed to Bella at Wrestlemania 33 in April 2017, but she reportedly called off the wedding less than a month before the big day.

“I don’t want anybody else,” Cena told Hoda Kotb and Kathie Lee Gifford on The Today Show. “I love Nicole and I’m really trying to support her in her trying to find whatever it is she wants that made this fall apart in the first place.”

They’ve clearly worked it out, even though Nikki previously told People she wishes John had just called her rather than pleading on national television.