And tells us how he may have found inspiration for his new album at SXSW. 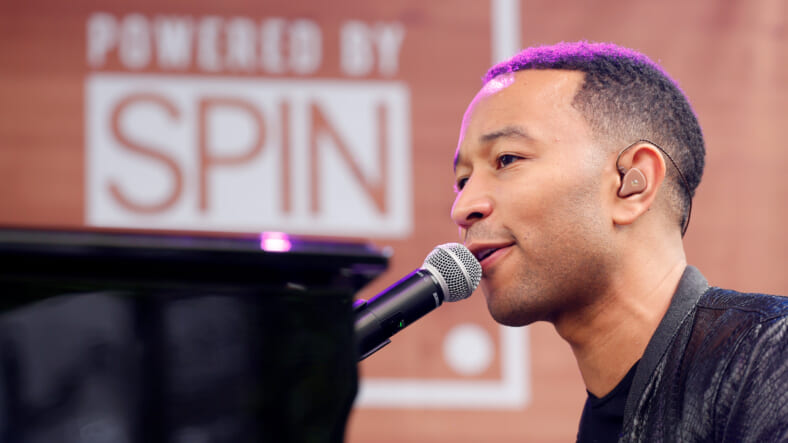 Last week, John Legend kicked up a bit of dust when he called Donald Trump a racist on Twitter. What followed was an exchange with Trump’s son, Donald Trump Jr., which generated quite a few headlines — but Legend is sticking by what he said. “I felt like he needed to be called out for what he is and what he’s been saying,” Legend told Maxim last week at his South by South West showcase with Axe. “I stand by it! He’s making the statements so let’s just call a spade a spade.”

But this wasn’t some flight of fancy — the musician has been politically active for a while. “I’ve been paying attention for years to politics and issues of justice and civil rights,” he said. “This is stuff I’ve read about for years and stuff I’ve studied in school. I’ve never been afraid to talk about it. I’ve supported candidates I believe in, I protested the Iraq war back in the early 2000s. These have always been things I’ve cared about, but obviously I’m a little bit more well known.”

“Given that we have social media, there’s more avenues for us to speak out on our own without a filter or a publicist or a press release or something, ” he continued. “So sometimes I have frank conversations.”

At the showcase, Legend was more concerned with the five musicians he had lined up to perform. Pulling on the Axe “Find Your Magic” campaign, Chrissy Teigen‘s husband said he was looking specifically for individuality in the performers. “I love meeting new artists and giving them a new chance to be seen and heard,” he explained. “This is something I’d do anyway so I think it is cool to do it through this alliance.”

The artists he chose were Jack Freeman from Houston, Texas, Korbyn Rachel from Meridian, Mississippi, Roni Marsalis from Kansas City, Missouri, Tim Wilkins from San Diego, California and Patrick Cave from Pembroke Pines, Florida. The reason you want to keep your ears out for those five? According to Legend, there’s a possibility that one of them might appear in the credits of his next album.