The Teflon Don is coming. 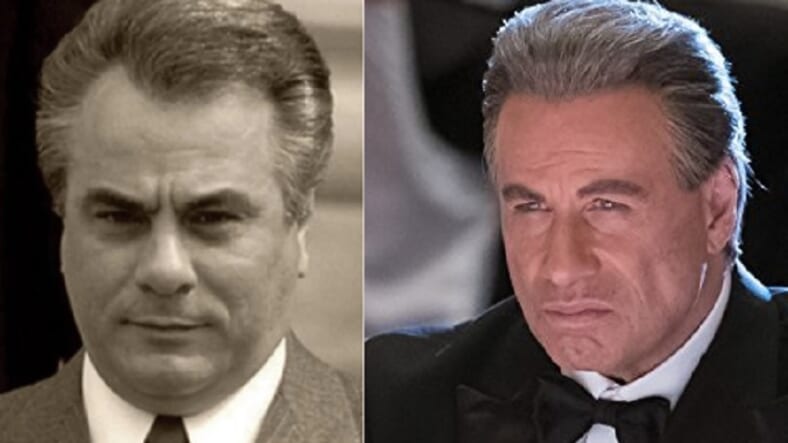 Getting his turn as the Dapper (a.k.a. Teflon) Don to the big screen been a long, frustrating trip for John Travolta. That frustration may be at an end, because Gotti is coming to a theater near you this summer.

Gotti was set to debut in December 2017. The producers said no to the timing and the method of distribution, though—it would see just a limited release in theaters and also be available via Video on Demand (VOD). They re-acquired film rights and shopped it around, looking for distributors who’d take a chance on nationwide release.

…John Gotti was head of the Gambino crime family, which in its time was the largest and most powerful crime organization in the country. Known as the “Dapper Don,” John Gotti’s flamboyant style and outspoken personality made him one of the most famous mobsters of the 20th century and he ruled the underworld until he died from cancer in 2002 while serving a life sentence. In 1988, at the age of 24, Gotti Jr. became a “made man,” and was officially inducted into the Mafia, making him the heir-apparent to head the Gambino crime family and follow in his father’s footsteps. But in 1999, Gotti Jr. paid a now-famous last visit to his imprisoned and dying father to tell him he was ending his life of crime and getting out of the family business…

The premiere date was announced by the movie’s director, Kevin Connolly, who has been a cast member of Entourage and Unhappily Ever After.

So hit the theaters on June 15th. The Don will be expecting you.