“I will build something that nobody can destroy.” 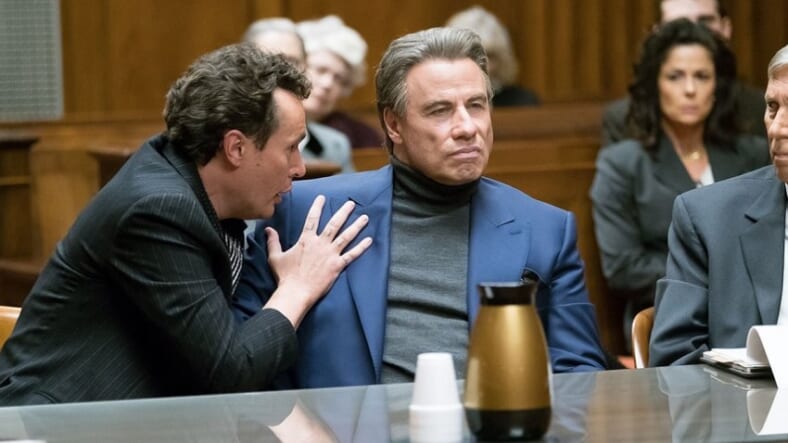 John Travolta believes in Gotti, his biopic of the infamous “Teflon Don,” John Gotti. He’s defended the movie from rumors implying its quality prompted Lionsgate to let it go. Travolta said that the problem was the studio’s muted and unenthusiastic approach to the film, so it was picked up by Vertical Entertainment.

Now Gotti is set to premiere at Cannes on May 15, so distributors have dropped a new trailer and a dramatic clip. Both are obviously meant to reinforce the idea that this is a career milestone for Travolta, who has sometimes struggled to make Hollywood take him seriously.

Both are somewhat impressive. The movie clearly aims to be in the tradition of great mob films like the Godfather trilogy or Scarface.

Here’s a portion of the synopsis, from Vertical Entertainment:

Over the course of time, Gotti grew dissatisfied and resentful of the leadership the Gambino crew. His solution was simple. With trusted alliances in place, and strategic planning, Gotti had the boss ‘removed,’ and soon after, took the mantle of the head of the family.  An immensely profitable venture to begin with, the “families” flourished even further under Gotti’s leadership, becoming one of the most powerful criminal organizations in New York’s history.

John Gotti was one of the most charismatic crime bosses since Al Capone, and New York and national media loved him.

The law came down on him in the end, and the movie portrays the aftermath of his empire’s demise and his son’s desire to get out of the business, a la Michael Corleone.

Gotti is set to premiere on June 15.