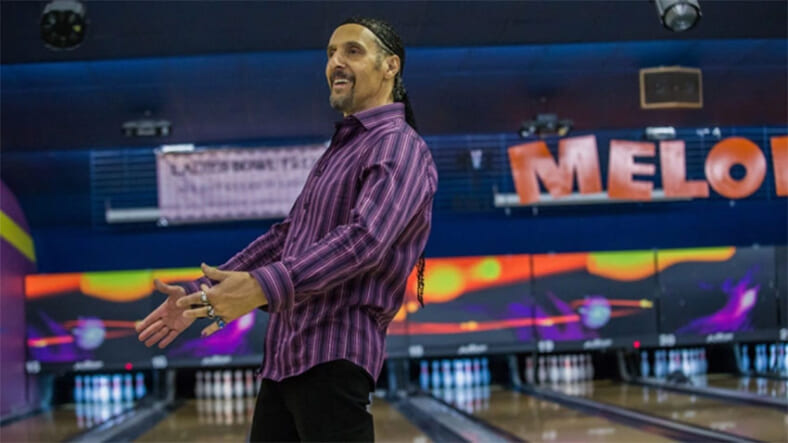 We’ve known John Turturro was filming a Big Lebowski spinoff featuring sex offender and bowling ace Jesus Quintana for a while, and Variety finally obtained a shot of Turturro back in form in Going Places.

It’s just one photo, but that’s “The Jesus” we know from the Coen brothers stoner classic. Going Places isn’t a Coen joint, though—it was written and is being directed by Turturro. He based his script on a French sex comedy from the 70s, Les Valseuses (The Balls in English, basically). Variety reports the story follows a trio with an “irreverent, sexually charged dynamic” whose misadventures eventually morph into a kind of romance.

There’s apparently “a gun-toting hairdresser” along the way.

Sounds like The Jesus is finally getting the spotlight he deserves.