‘John Wick: Chapter 3’ Starts Filming This Week, Here’s Everything We Know So Far 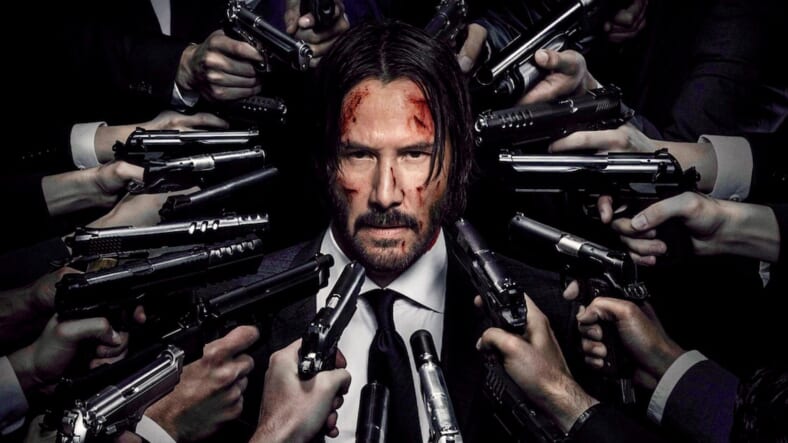 Keanu Reeves will begin shooting John Wick: Chapter 3 on April 26th, a little over a year after the sequel hit theaters, earning over $171.5 million worldwide.

The plot has been kept tightly under-wraps, but there are plenty of juicy tidbits that have been leaked throughout pre-production.

The first is that Chad Stahelski, the stuntman-turned-director, is back to helm the third entry. He co-directed the first alongside David Leitch (Atomic Blonde, Deadpool 2) and headed up the sequel entirely.

The screenwriter of the first two, Derek Kolstad, is also back. Rumor has it that he will delve into John Wick’s origins, which remain largely unknown.

The sequel ended with Wick breaking one of the codes of the assassin world, killing on the grounds of the Continental hotel. A bounty was placed on his head in return, making him enemy number one for every assassin in the world.

Some of them may be played by Laurence Fishburne, Ruby Rose, Common and Ian McShane, who are are all reported to be coming back. Japanese actor Hiroyuki Sanada (Westworld) is rumored to be playing the main villain.

The movie will once again be shot on locations around the world, this time New York, Montreal, Russia and Spain. Reeves had previously hinted Tokyo was an option (please make this happen, since a Yakuza storyline would be seriously badass).

Reeves is clearly committed to the franchise. He will appear in a television spin-off about the going-ons of the Continental, an underground layer of sorts for international spies and assassins, including Wick.

The show, The Continental, has already been picked up by Starz. Sadly, our man Keanu won’t be the star, even if he pops up for a few episodes.

This could be the final film of the franchise as director Chad Stahleski previously teased it will be a trilogy. Still, box office dollars on the third could convince him otherwise.