The ‘John Wick Chapter 3’ Synopsis Is Out, And Here’s What We’ve Learned 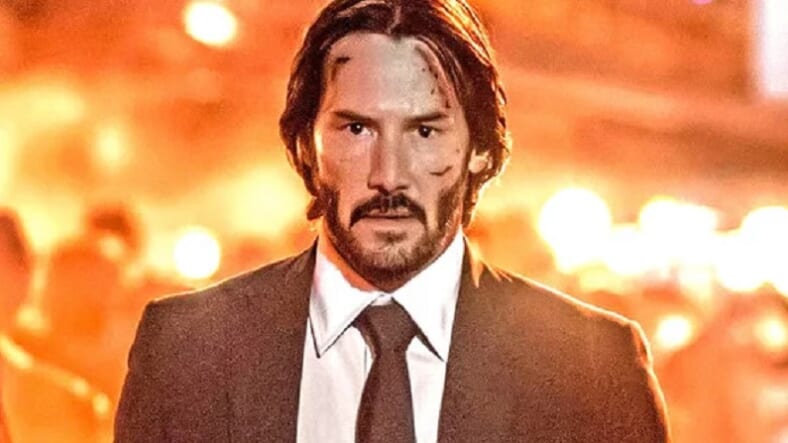 Do we really need to even try and get anyone excited about a John Wick movie? They’re great, and box office reflects that. Let’s face it, Keanu Reeves’ blank slate acting style is ideal for this role, as is the fact the guy is ageless as a vampire.

So, it’s a given a lot of people will head right to the theater the moment John Wick Chapter 3 premieres, but it helps to have some idea as to what you’ll see. Any movie trilogy is in danger of either repeating itself or growing more and more ridiculous.

Via Collider we now know the synopsis for the third movie in the franchise, which was originally revealed at CinemaCon—along with the promo poster above. Here’s what Keanu Reeves and director Chad Stahelski have in store:

John Wick (Keanu Reeves) is on the run for two reasons… he’s being hunted for a global $14 million dollar open contract on his life, and for breaking a central rule: taking a life on Continental Hotel grounds. The victim was a member of the High Table who ordered the open contract. John should have already been executed, except the Continental’s manager, Winston, has given him a one-hour grace period before he’s “Excommunicado” – membership revoked, banned from all services and cut off from other members. John uses the service industry to stay alive as he fights and kills his way out of New York City.

Despite rumors, it sounds like the setting isn’t going to be that different on the whole, and that’s great, because there’s always room for a bunch of hidden, normal-looking assassins to run around killing each other in New York City.

The best part is we aren’t even done with the Wick universe; next up we’ll get to look inside The Continental on Starz.