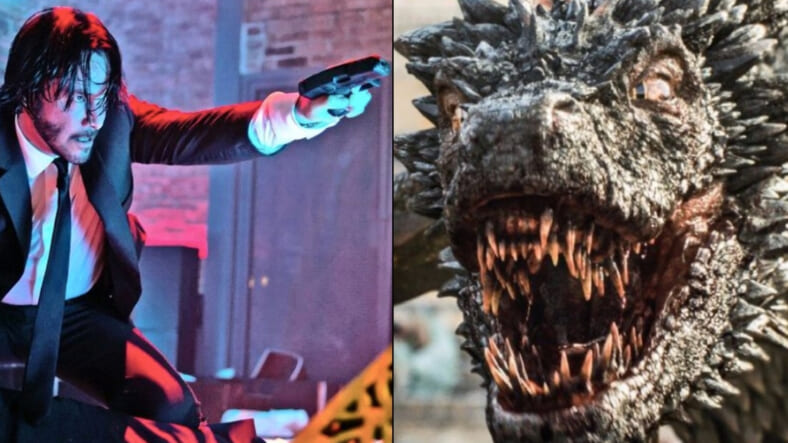 While John Wick is in part the story of a man on a grim quest, no one could mistake it for some kind of sword and sorcery-style fantasy like Game of Thrones. Derek Kolstad, however, the screenwriter behind the Wick franchise, is ready to turn his talents in that direction, as Variety reports Kolstad is pitching a Dungeons & Dragons (D&D) series.

The tabletop fantasy role-playing game was created in 1974 and by the 1980s it had become a phenomenon, characteristic enough of the time that Stranger Things, the Netflix sci-fi megahit set in the 80s, featured the game prominently in its first season.

According to Variety, the novel coronavirus pandemic has also had a role in popularizing D&D anew, having “built a new audience as creators’ livestreams picked up steam.”

Kolstad, who is also writing for Marvel’s The Falcon and the Winter Soldier on Disney Plus, is expected to craft a story that will capture crucial aspects of the franchise through a live-action lens. But Hasbro film studio eOne is also in talks to build upon the “Dungeons & Dragons” world through other currently unannounced projects, as well.

As Variety notes, there were three films based on D&D made between 2000 and 2012 and a movie expected in 2022 featuring Wonder Woman co-star Chris Pine.