Here’s the Story Behind Johnny Cash’s Most Badass Photograph

The ultimate country bad boy would have been 85 today. 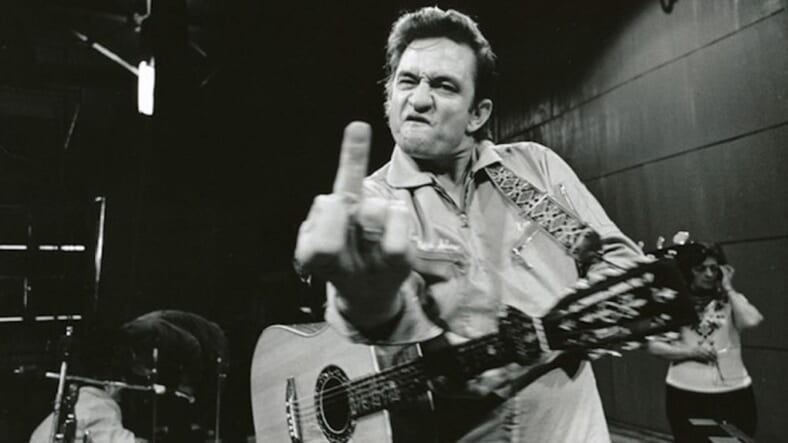 In honor of Johnny Cash’s birthday, let’s take a look back at his most iconic photo—that shot of Cash flipping the bird at his 1969 San Quentin State Prison concert.

Photographer Jim Marshall captured the famous one-fingered salute after asking the country legend to demonstrate what he thought of prison authorities during the show, recorded for Cash’s live album, At San Quentin.

“I said, ‘John, let’s do a shot for the warden’,” prompting Cash to give the camera the finger, he recalled in an interview with the San Francisco Art Exchange before his death in 2010.

Marshall added that the famous picture was “probably the most ripped off photograph in the history of the world.” But as we dutifully mark Cash’s 84th, it’s still as amazingly badass as ever.