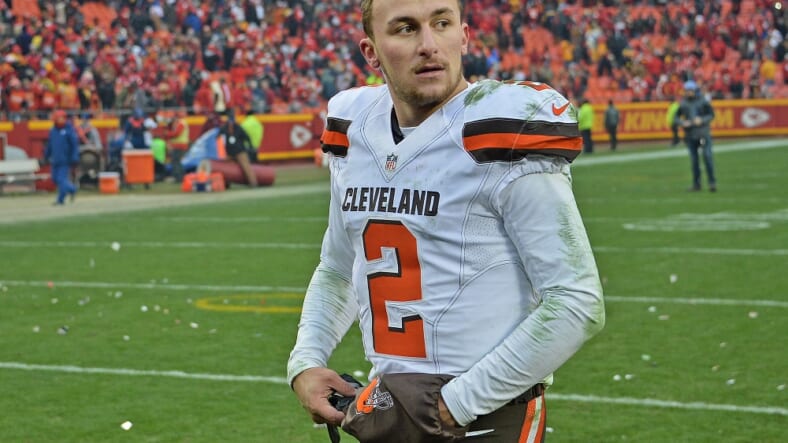 Johnny Manziel’s future as a football player, and a free man, has hit a major snag. A local grand jury has indicted the former Cleveland Browns quarter back on a misdemeanor assault charge stemming from an incident in January when he’s accused of hitting his ex-girlfriend Colleen Crowley.

Crowley says the assault started in a Dallas hotel room where she met up with the the free agent quarterback on January 29th. After pushing her around at the hotel’s valet station, Manziel began driving her to her car, which was parked outside of a bar.

Crowley told police that when they arrived at her car, she jumped out of Manziel’s vehicle and hid from him. He found her in some bushes and “grabbed me by my hair and threw me back into the car,” she told police. Then he hit her in the ear so hard that Crowley said she still couldn’t hear two days later.

After trying to fight her way out of the car, Crowley said Manziel “threw” her off of him and into the passenger side window. He then drove her to her apartment, Cowley said, and threatened to kill her and himself. They fought more at her apartment before Crowley was able to get neighbors to call police, leading Manziel to flee on foot.

The Dallas grand jury heard the details of the case on Thursday and decided to indict. If convicted of the misdemeanor assault charge, Manziel could face a year in jail and a $4,000 fine. And even if he’s not convicted, he’s now going to have a hell of time finding a job in the NFL — at least until Jerry Jones comes calling.