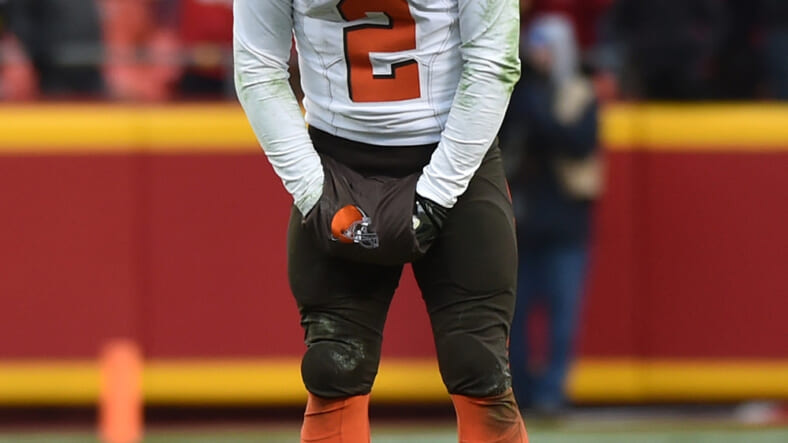 Johnny Manziel might be a mediocre quarterback and a godawful employee, but the guy is quite the master of disguise. He had to be on Saturday night, when he was out in Vegas while recovering from a concussion that kept him out of the final Cleveland Browns game of the season. If he was spotted, Manziel would get in trouble—with his coach, with his teammates and with the media.

And so, according to ESPN Las Vegas, Manziel went full-on Inspector Clouseau at a “popular nightclub on the Strip” Saturday. “The QB entered wearing a blonde wig, a fake mustache, glasses, and a hoodie,” the site writes. He called himself “Billy” and tried to get his bill comped at the end of the night so he wouldn’t have to reveal himself with a credit card. But no one wants to give a blonde weirdo with a fake ‘stache free drinks. So “Billy” had to pay and reveal himself to be Johnny.

What’s impressive here, is that the disguise nearly worked. Manziel has been caught partying in the past when  SnapChats and Instagrams taken by adoring fans were sent whizzing around the internet. There aren’t any shots of “Billy” floating around, which makes you wonder if Manziel would have gotten away with it if it weren’t for the meddling media.

What there are though, are guesses of what “Billy” looked like on Saturday night. Until the real thing surfaces, these will have to do.

The hashtag #BillyManziel is why I love the Internet.. pic.twitter.com/gTg4nUep6W