JoJo Is Back and Better Than Ever

After years of being trapped in a recording contract but unable to release music, JoJo’s finally making her comeback. We caught up with her as she starts this new chapter of her career. 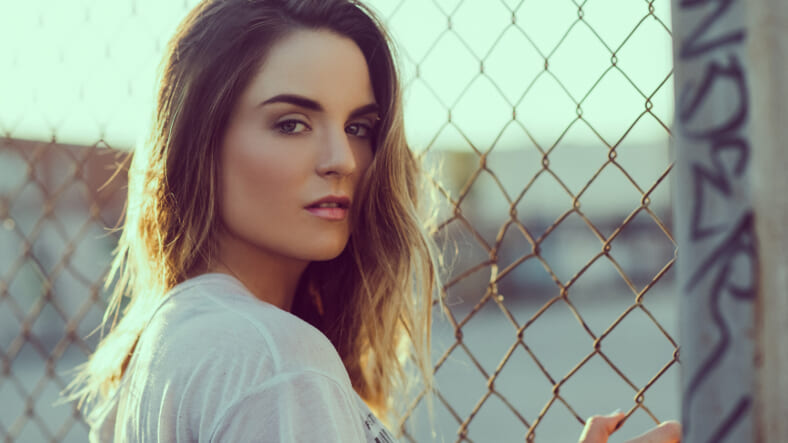 It’s always awkward watching grown adults cry in public, but that’s exactly what happened during JoJo’s sold-out show at New York City’s Webster Hall earlier this Fall. The singer sauntered onto the stage in a bare midriff top and see-through cover up before launching into her classic “Baby It’s You.” That’s when the crowd’s waterworks began — a decade of hits will do that to you. “I’ve gotta tell you. I’m not even acting right now. Genuinely, when I hear that I’m like, ‘Really?’” JoJo says after hearing about the crowd’s tears and primal screams. “That makes me feel amazing ‘cause I’m always like, ‘Was I good?’”

After all she’s been through over the last ten years, JoJo has no problem performing her past work like it’s all been positive. Many artists would have done otherwise, annulling any trace of yesterday. “I think that’s bullshit because when I was putting the set list together it was very clear to me that this night with this tour is about them,” she expresses about her fans. “This isn’t about what I wanna do because if it was about what I wanted to do it would be Robert Glasper covers or I would’ve done A Tribe Called Quest remixes or something. So it’s not self-indulgent; it’s a collaborative experience and I want them to walk away feeling like they got what they came for.”

The artist, née Joanna Levesque, has had a bumpy ride. At 13 she was signed to Blackground Records, making history as the youngest artist to achieve the Billboard Number One slot with her single “Leave (Get Out).” After a few years and a handful of other hits, Blackground halted label-wide distribution, leaving JoJo locked into a contract where she couldn’t release records, but also couldn’t leave. She entered into a multi-year dark age; it wasn’t until 2013 when a contract loophole saved her. According to New York State law, if you’re a minor — which JoJo was in 2004 — at the time of signing a contract, that agreement can only be effective for seven years. In JoJo’s case, she was on year nine by 2013, so the contract was broken and her suit was settled outside of court. Those years in limbo, however, sucked — she was depressed and found herself being forced to hand out free music (most notably her rework of Drake’s “Marvin’s Room”) that could have theoretically translated into sales. She documents her spiral well, holding no punches about that shitty era. When she addresses her audience, she references it, flaws and all, calling it “some pretty dark shit,” but there was a light at the end. “Through connecting with you guys on social media and knowing that I wasn’t alone in this and that it wasn’t in vain…thank you,” she says sincerely to the crowd.

“I’m more scared of being fake—like that makes me more uncomfortable than being vulnerable or brutally honest,” she adds later on. “I can withhold certain things, but pretending to be something I’m not…I’m not very good at that. It’s more comfortable for me to be like, ‘I feel broken, I feel depressed, I feel sad, I feel defeated.’ I have felt those things, and that’s not how I feel right now. I feel victorious, and I feel light.” Social media has been the global sounding board of camaraderie for her. “We’re telling all our business on there,” she says. “I just have too many real conversations with my girlfriends to think I’m the only one going through some shit.”

Her return, though, is so much more than spearheading some universal support group. JoJo, now 25, has what feels like a lifetime of experiences under her belt. She’s a woman — she’s weathered the storms of breakups, losing loved ones, and watched her career dangle in suspended animation. That inevitably trickles into her music.

Last summer, she delivered three singles via Soundcloud, which was the ultimate litmus test for her return. The songs, which volleyed somewhere between 450,000 spins and over a million, were then released as an EP titled III (pronounced “tringle”) via her new label Atlantic Records, each depicting a different side of JoJo 2.0. There’s ramped up poppy R&B (“Save My Soul”), a straight ballad (“Say Love”), and Dance-Pop (“When Love Hurts”). With her superbly successful I Am JoJo tour, and her killer performance on The Tonight Show With Jimmy Fallon—where she performed “When Love Hurts,” flanked by The Roots—JoJo is all set for this reboot.

It hasn’t come easily, though. “I had to start living like a singer again, I had to stop drinking and that sucks because I love drinking,” she admits. Smoking anything had to end too. “I hang around a lot of smokers; I have to excuse myself from those rooms now. I had to really take it more seriously. I fuck with edibles—I’ve got a bunch of Ganja Goldfish. I still wanna participate but, not smoke.” And while most artists are advised to never touch the comments on social media, JoJo’s fans (which she describes primarily as a multicultural cross section of her peers, along with a strong gay fan base) are her source of inspiration. “It’s really encouraging to look on Twitter and Instagram and read the comments and know that people are excited to come out to the show,” she says. “That really got me in the mindset because I was like…you don’t know when you haven’t released music what you’re gonna be met with.”

The real test of time will happen at the top of 2016, when JoJo plans to release her long-awaited third studio album. While her return has arguably created a mass hysteria, she has no delusions of grandeur about her success. “I know it’s gonna be a build,” she humbly insists. “I’m not Justin Bieber, I’m not gonna skyrocket to Number One. We want to just continue to release content and never have the kind of gap there was ever again.” In a world where everything feels like you have one shot, JoJo has proven that second chances are a real thing; at her age she’s had an entire career and still young enough to move onto the next chapter. And the one after that. “This is what I want to do and what I plan to do with the rest of my life,” she says. “I’m dedicated to the grind.”