A Joker and Harley Quinn Spinoff Is in the Works, And Damn We Hope It’s Better Than ‘Suicide Squad’

And that’s in addition to the Martin Scorsese-produced ‘Joker’ origin flick. 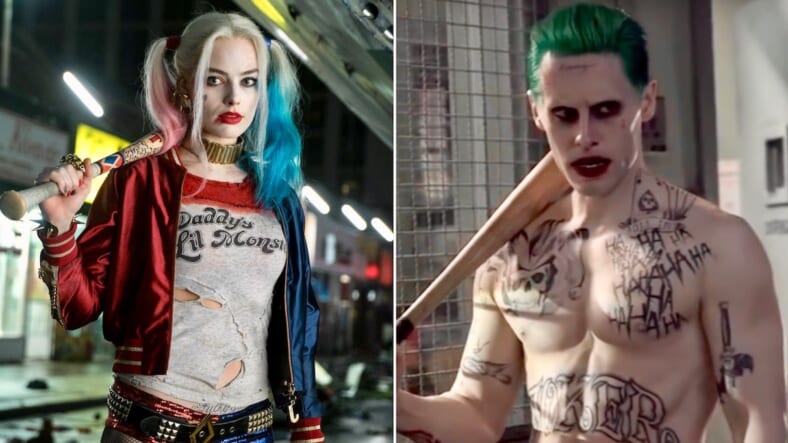 Even if Suicide Squad wasn’t a hit with the critics, two of the DC film’s villains—Jared Leto‘s Joker and Margot Robbie‘s Harley Quinn—found their fanbase.

While a Suicide Squad sequel is nonetheless on the fast track, The Hollywood Reporter revealed a joint Joker-Harley Quinn spinoff is also in the works, with Leto and Robbie set to reprise their roles.

THR disclosed some tidbits about the plot, per some anonymous sources.

The film is described as a “criminal love story,” according to one source, featuring the two murdering maniacs who are cornerstones in the Batman mythos. One insider offered this: “an insane and twisted love story. When Harry Met Sally on benzedrine.”

“Warner Bros. is simultaneously beginning to develop a line of DC-related films that will fall outside the established cinematic universe which sees actors and storylines threaded through multiple movies,” THR reported.

What’s more, a separate Joker project, billed as an origin story, is in the works without Leto attached to play the titular lead. Martin Scorsese will produce that version alongside The Hangover‘s Todd Phillips.

It will be a “gritty and grounded hard-boiled crime film set in the early ’80s,” perhaps in the same vein as Scorsese’s Taxi Driver.

So get ready for a Joker-Harley Quinn overload.